“Before Michelle Remembers there were no Satanic prosecutions involving children. Now the myth is everywhere.”

“There are over one million Satanists in this country…The majority of them are linked in a highly organized, very secretive network. From small towns to large cities, they have attracted police and FBI attention to their Satanic ritual child abuse, child pornography, and grisly Satanic murders. The odds are that this is happening in your town.” 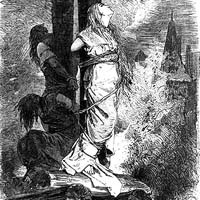 Growing up in the 1980s in Victoria, British Columbia, I couldn’t help but be aware of the growing concern that there were Satanists among us. They were everywhere, from the ridiculous-yet-widely-believed stereotype of the teenager who is unwittingly initiated into the Black Arts by playing Dungeons and Dragons to the innocent-seeming, mild-mannered suburban couple who are secretly using their children in unspeakably horrific rituals.

My hometown, a rather sedate city on one of the small islands that dot Canada’s west coast, has the dubious honour of being at the epicentre of Satanic Panic. Michelle Remembers is a book which chronicles Michelle Smith’s memories of torture at the hands of Satanists, which were recalled using Recovered Memory Therapy, sparking a fear that there was a widespread network of Satanists who were forcing their children to participate in disturbing rituals. Inspired by her book, others underwent Recovered Memory Therapy, only to find that they, too, had fallen victim to Satanic cults as children. Global hysteria ensued. Families were torn apart. Social workers all over the world went to lectures where Michelle Remembers was used as training material to help them be more able to respond to the perceived Satanic threat to children.

Lawrence Pazder, Michelle’s psychiatrist, with whom she co-wrote Michelle Remembers and whom she later married, coined the term “Satanic Ritual Abuse” to describe recovered memories of the atrocities suffered at the hands of Satanists. Although he at first claimed that Michelle’s Satanic tormenters were the Church of Satan, he retracted this when Anton LaVey, founder of the actual Church of Satan, took issue with Pazder’s accusations and threatened to sue him. Generic Satanists took their place, instead: slippery, sneaky cultists who hid in plain sight by maintaining carefully-contrived alter egos. They could be anyone – your teacher, your doctor, your neighbour, your mother, your father. No one was safe from being implicated by recovered memories. 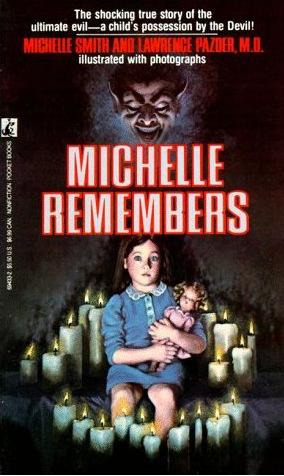 Although there was always a lack of hard evidence – the events in Michelle Remembers have been debunked in numerous books and articles, and other cases were usually similarly devoid of any proof other than the recovered memories of the accuser – it took 15 years for the hysteria to die down and Recovered Memory Therapy to become thoroughly discredited due to its tendency to provide real-seeming memories that are entirely fictional.

At first, it seems strange to think that this sleepy town gave rise to the woman whose book was kerosene on the smouldering fear of Satanism. However, I often wonder if perhaps the reason so many of us believed in her memories is because it seemed almost logical that there would be Satanists here.

Among locals, a rumour persists that Victoria is the cult capital of North America. There is absolutely no evidence to back up this assertion. However, whenever a child goes missing or someone is murdered under strange circumstances, there are always whispered accusations blaming it on one of our many supposed resident cults. Perhaps this is a holdover from the days of Satanic Panic, as Pazder himself suggested in Michelle Remembers that the Pacific Northwest was a stronghold of Satanists. Still, there is enough strange history here that it wouldn’t be too difficult to believe that this idea came long before Michelle Smith – how could she have been believed if it didn’t seem at least possible that Victoria was a bastion of Satanic power?

A network of old tunnels runs under Victoria. The entrances have mostly been sealed off and people are strongly discouraged from trying to find entrance to any of them. The lack of actual information has caused rumours to take the place of knowledge and it is difficult to figure out where the fiction begins and the truth ends, to the point where it’s hard to even ascertain general facts, like how many tunnels there are, the location of the entrances and exits, and what they were originally constructed for. It is widely held that, whatever their intended purpose, the tunnels are now being used by Satanists who have quite literally gone underground to practice their bizarre rituals. The efforts of the city to keep people out of the tunnels are often cited as proof of this – there must be some horrible secret down there that needs to be covered up and what would be more damning to a tourist town than evidence of bloody, ritualistic sacrifices?

Stranger still is the case of Thomas Hooper, a prominent architect. Most of the buildings in Victoria that he was associated with are now reputed to be actively haunted. Munro’s Books, once the Royal Bank Building, is said to have a spirit or two in its basement; employees at Rogers’ Chocolates occasionally see its founder, Charles Rogers, even though he’s been dead more than eighty years; the Tobacconist building has a rather-dedicated-yet-spectral employee who can still be heard repairing pipes today. There are more than a few rumours that this did not happen through coincidence, but that Hooper was actually somehow creating spots that would trap spirits for some unknown purpose. As he was known for using lavish building materials, it’s speculated that Hooper chose to use Mexican onyx in the Tobacconist building, not because of its attractive appearance, but because of its purported ability to facilitate communication with higher planes of existence.

Ross Bay Cemetery, one of the favoured spots of the Satanists who tormented Michelle, is a beautiful, tree-lined old place, not without its own ghost stories and weird history. In the early 1900s, the ocean, which borders one side of the cemetery, had caused the ground to erode. My grandmother used to tell me stories of coffins, unearthed by the crashing waves of a particularly strong storm, floating down flooded streets. The sea pulled human remains out of the cemetery, leaving them scattered on the beach, where they were found by children hunting for pretty rocks and shells. Eventually, a sea wall was built and the bodies in Ross Bay have since managed to stay in their place.

What story of strange occult events would be complete without an appearance by Aleister Crowley? The Great Beast himself supposedly stayed in Victoria for a time while he was spying for the British (or was it the Germans?) during the War. Although Crowley himself wasn’t a Satanist, his name is often used in conjunction with Satanism in popular culture today, which perhaps has confused things somewhat. I’ve heard people use Crowley’s presence in Victoria as proof of the existence of Satanic cults here. I always hope that someone will bring up the fact that there is a road here called ‘Boleskine’, which is also the name of Crowley’s estate near Loch Ness, as further evidence of a vast conspiracy (as that would at least be interesting). But I don’t think these people know that much about Crowley and I am always disappointed.

Victoria was the perfect place for a mass hysteria about Satanism to begin. We’d been crafting rumours of darkly occult happenings since the town began. Michelle Smith and Lawrence Pazder simply gave these legends a life of their own, causing a tidal wave of fear which mowed down all logic and reason and left shattered lives in its wake.