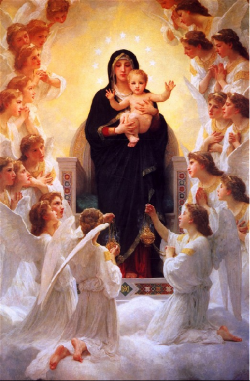 The images of angels are ingrained deeply into our society. If you stop and ask someone on the street about angels, most will say that angels have wings, halos, and harps, and that they live on clouds. Studies, like the one in a 2008 TIME magazine article, reveal that a majority of people believe in angels. During the holidays, our world is saturated with angel movies, art, ornaments, figurines, television shows, and cards. These images, however, are not accurate to biblical depiction or knowledge of angels.

Our cultural perspective on angels was initially formed by the Bible, but the modern perception of angels was formed by Renaissance artists and writers. Paintings like Galatea by Raphael or the Angel with Candlestick sculpture by Michelangelo are examples of this phenomenon. Since that time, the human perception of angels has changed, but the central images have remained. This article will discuss, in no particular order, a few major misconceptions about angels today. 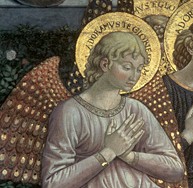 Angels all have wings and halos: Well, no. Some types of angels are actually quite far from human-looking. The cherubim, the ones who are usually depicted as rosy-cheeked babies, are described much differently in the Bible:

“When I looked at the living creatures, there was one wheel on the ground beside each creature that had four faces. The appearance of the wheels and their craftsmanship was like the gleam of beryl, and all four had the same form. Their appearance and craftsmanship was like a wheel within a wheel. When they moved, they went in any of the four directions, without pivoting as they moved. Their rims were large and frightening. Each of their four rims were full of eyes all around. So when the living creatures moved, the wheels moved beside them, and when the creatures rose from the earth, the wheels also rose.” ( Ezekiel 1:15-9).

Humans become angels: Nope. Biblical scholars agree that angels are not human in the slightest. They are spirit beings. They are said to move around as if by the wind. It is this detail that probably inspired Renaissance artists to give them a pair of wings. Though some types of angels did have wings, not all of them did or they had multiples pairs of wings (as described in the passage above). 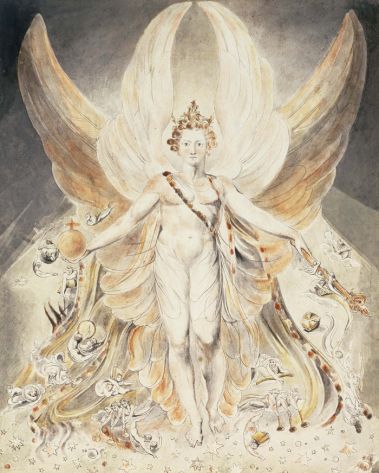 Angels are always benevolent: This is probably the most untrue of all. There are many instances where angels deliver messages of destruction and death:

“Then the angels said to Lot, ‘Do you have anyone else here: a son-in-law, your sons and daughters, or anyone else in the city who belongs to you? Get them out of this place, for we are about to destroy this place because the outcry against its people is great before the Lord, and the Lord has sent us to destroy it” (Genesis 19:12-3).

This is just one example. In 1 Chronicles 21, God sends an angel to destroy Jerusalem. In Exodus 23:23, God sends angels ahead of the people to clear the way for them in quite an intimidating manner. Even a slight reading of the Bible shows angels are definitely not related to any angels in Touched by an Angel. Angels are messengers and nothing more. They make no distinction between glad and sad messages. They simply deliver them by God’s will.

The study of angels can’t be encompassed in a single article. A whole history of research awaits those who want to find out more. There are many books on the topic and I hope that this article will serve as an eye-opener to what you thought you knew about angels.

Ms. DeLisle lives in the wilds of the U.S., where she writes about the crazy happenings in the world. She can be found online at http://picaresqueblog.blogspot.com.

Merry Christmas, Everyone! Thanks for spending some of it with us at Innsmouth Free Press!