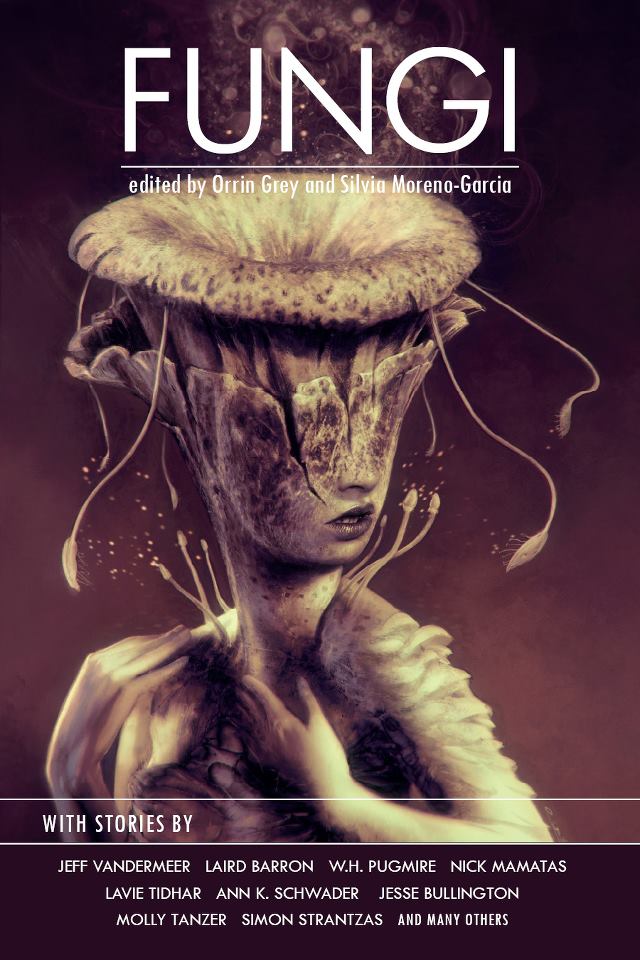 A collection of fungal wonders...and terrors. In this new anthology, writers reach into the rich territory first explored by William Hope Hodgson a century ago: the land of the fungi. Stories range from noir to dark fantasy, from steampunk to body horror. Join authors such as Jeff VanderMeer, Laird Barron, Nick Mamatas, W.H. Pugmire, Lavie Tidhar, Ann K.Schwader, Jesse Bullington, Molly Tanzer and Simon Strantzas through a dizzying journey of fungal tales. Feast upon Fungi.

Fungi is an eclectic anthology with stories that run the gamut from horror to dark fantasy.

The paperback ($15) and e-book ($8) editions of Fungi are identical. However, Fungi was also released as a hardcover with three extra stories not included in the paperback and ten black-and-white illustrations by Bernie Gonzalez.  The anthology is edited by Orrin Grey and Silvia Moreno-Garcia. Cover artwork is by Oliver Wetter.

The full table of contents for the paperback and e-book is below:

The three extra stories included in the hardcover edition are: