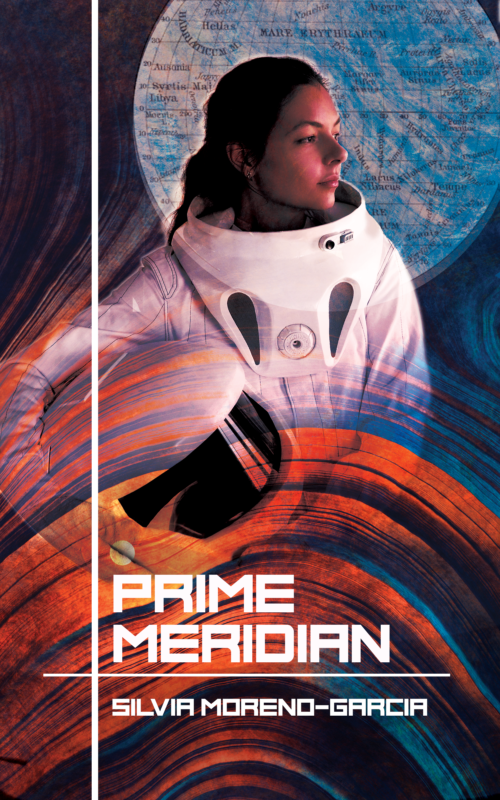 The first novella by award-winning author Silvia Moreno-Garcia.
Love, life, dreams, and a world beyond reach.

With an introduction by Lavie Tidhar

Amelia dreams of Mars. The Mars of the movies and the imagination, an endless bastion of opportunities for a colonist with some guts. But she’s trapped in Mexico City, enduring the drudgery of an unkind metropolis, working as a rent-a-friend, selling her blood to old folks with money who hope to rejuvenate themselves with it, enacting a fractured love story. And yet there’s Mars, at the edge of the silver screen, of life.

“Amelia is an engaging character. The specifics of her economic trap are shaped by Mexican society of the 21st century, but it’s a trap to which many readers should be able to relate.” – James Nicoll Reviews

“Prime Meridian‘s fictional universe reminded me of the world of Blade Runner. Not the replicants, action set pieces, and squalid neon environment, but a world that is adjacent to ours, a near future where space exploration and planetary settlement are a reality but are lurking at the peripheries of the narrative.” – Achilles, Powder and Lead

“To say too much about this book wouldn’t spoil it, but I don’t think I can go too deeply into it. It’s wrenching in a way that has nothing to do with big worldwide events or apocalyptic calamities. It’s just about people, and the hope of getting out.” – Breathesbooks.com