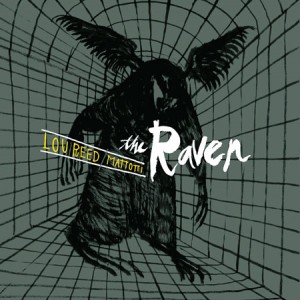 Years ago, while spending a high school English class tearing apart E.E. Cummings’ “in Just-“, I started to wonder about the logic in dissecting art. It seems absurd to try to scientifically break down a work of art and say that yes, with this brush stroke or sequence of words or large metal piece, the artist was definitely intending to make this exact statement. Maybe the artist wasn’t intending to say that at all. Maybe the artist just liked the way that sequence of words looked on the paper, or was particularly fond of large, metal pieces. Perhaps the artist got surprised while painting, and made that broad brush stroke in shock.

I decided then that I was going to become a famous poet and write very intricate poems about absolutely nothing, so that I could see what other people thought I was writing about. I’m not sure if this was my teacher’s intended lesson, but what I took home from those classes was that, when someone tells you what art means, you learn more about them than you do about the artist’s intentions.

I think this is especially true in Lou Reed and Lorenzo Mattotti’s The Raven. An incarnation of his musical POE-try, it is Lou Reed wearing Poe’s clothing, but perhaps more exposed than ever.

I never thought I could look at Poe in a way that was fresh. Poe has been done a thousand times and, while it’s always fun to watch someone else do their thing with Poe’s work, it tends to all go pretty much the same. This is different, though. This is scaling back layers of dead flesh – Poe’s, Reed’s and Mattotti’s – and then grafting all of the raw, naked skin together to make a creature that is both disturbing and beautiful. Were I to write something similar, it would bear very little resemblance to this, as I think my Poe and Reed and Mattotti’s Poes are different people entirely, which is what makes reading this so enjoyable.

Knowing that this work came from a musical, I thought perhaps I might be missing a large piece of it, experiencing it through only one sense. I was wrong, however – Mattotti’s art combined with the inherent lyrical quality of the writing to make a more beautiful song than anyone could sing. I’d always felt that books were better than movies because your imagination isn’t constrained by a budget, but never before had I considered that music, too, may sound better in your mind, free of the confines of what the human voice can physically accomplish.

The visuals of the artwork are haunting and delectable. There are two pieces in particular that I just can’t stop thinking about – the one with the woman being kissed (?) by a man with no face, her exhaled breath taking the form of a tiny, fleeing, female figure; and the one with a cityscape in the foreground and Death reclining beyond it, in a rather severe-looking chair. I say sometimes about graphic novels that the art was decent, but it wasn’t something I would hang on my wall. This art is something I would hang on my wall. My husband and I have talked about wallpapering a room in our house with pages from comic books – most recently, we’ve considered a Promethea bathroom, but now I think I would like a The Raven room too.

I loved this book because it made me see Poe differently. I thought I knew everything there was to know about Poe – that I had read him up, down, left, right, and diagonally, to the point where there wasn’t any possible way that someone could do something with his work that would make me see something new. Sometimes, it’s good to be wrong.