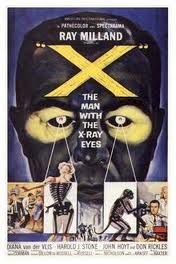 This is a movie I’ve been meaning to watch for a good long while for two reasons. One, it’s supposedly Lovecraftian and I pretty much make it my business to watch all such films. Two, the guy who first said that this movie was Lovecraftian was none other than The King himself. Stephen King, that is. In his nonfiction book on all things horror, Danse Macabre, King praised the movie for not only being pretty darn creepy, but being a pure Lovecraftian experience. Since then, it seems that everyone has jumped on the “Oh, of course it’s very Lovecraftian” bandwagon, but is that actually true? And if it’s not, do I dare disagree with the master of modern horror? Well, let’s find out.

This movie is directed by Roger Corman, who is perhaps best known for producing tons of low-budget, drive-in theater-worthy monster, trippy and exploitation flicks. Seriously, his producer credits alone are close to four hundred films and he’s still going strong today, with his latest masterpiece being the awesomely so-bad-it’s-good Sharktopus. But in addition to the behind-the-scenes, money-man thing, he was also a director well aware of both Edgar Allan Poe and H.P. Lovecraft. In 1963, he directed The Haunted Place, an adaptation of Lovecraft’s “The Case of Charles Dexter Ward”, despite the fact that Corman credited the movie to the far-more-well-known Poe. His very next film – made the same year, as was his assembly-line way – was this one. Gone were the oppressive gothic period pieces of Corman’s previous, Poe-inspired movies, replaced with this thoroughly modern story, complete with psychedelic imagery and pretty girls doing the twist in their birthday suits. Granted, no nudity was shown, but in ’63, it still must have been pretty titillating. X: The Man with the X-Ray Eyes also took a big step away from the supernatural, and instead, focused squarely on the terrors of science and of a man questing to know all he can about things he really shouldn’t.

Okay, put a check in the “This may be Lovecraftian, after all” column for that, I guess.

Dr. James Xavier (because every sci-fi film or comic book with ‘X’ in the title must have someone named ‘Xavier’ in it) is obsessed with allowing mankind to see far more than the, as he puts it, “less than one tenth of the actual wave spectrum” that humanity can see now. If hearing that already has your Lovecraft-sense tingling, then you’re on the right track. So, Professor X whips up a batch of super eye drops that, once taken, kick the eyes into overdrive. Desperate to prove his work and obtain much-needed grant money, the good doctor does what any self-respecting mad doc would do: he tests the powerful peeper-juice on himself.

At first, everything’s ducky. Dr. Xavier gets the titular X-ray eyes and has a lot of fun at parties, scoping out all the now-naked ladies. But, in addition to indulging in every 13-year-old boy’s dream, he does use his new powers for more altruistic purposes, like saving a young woman’s life when he see the real reason behind her surgery-requiring ailment. Unfortunately, because the real threat to her life was so well-hidden, no one else recognized it and he gets fired from the hospital for performing an unnecessary procedure.

The fall from doctor to carnival sideshow mind reader is a pretty bitter one, but hey, at least he gets to pal around with Don Rickles as a sleazy carny barker looking to make a quick buck. The carny conman convinces the destitute doctor to pose as a faith healer type so that he can make quick cash to score the drugs he needs to make more of his X-ray eye drops. Why does he need more? Because the effects are temporary, but also cumulative, so that the more drops he takes, the more he sees and, like any junky, Dr. X needs to see more.

When the healer thing falls through, the good doctor takes the next logical step and starts cheating at cards in Vegas. From there, it’s a quick snowball roll down a very steep hill into hell as things rapidly get more and more out of control. One such thing is Xavier’s ever-increasing power, which is causing him to see a lot of things he was never meant to, and such sights that could blast the sanity right out of a person. I won’t give the ending away, but I will say that it is appropriately unhappy.

Ray Milland is great as the insanely driven, and then driven-insane, doctor. Yet, for me, Don Rickles all-but-steals the show in all the scenes he’s in, and is wonderfully sleazy and slimy. The direction from Corman is up to snuff, much better here than in many (most?) of his movies. However, what’s going to sell this film is the story and, specifically for us Cthulhuheads, is it as Lovecraftian as it has long been reported to be?

Well, it would probably get the nod of approval from HPL, if just for two central themes that were near and dear to the Grand Old Gent. First and foremost is the intellectual character who pushes the boundaries of what man was meant to know, blissfully unaware of the ultimate price he may pay for such discoveries. The other dose of Lovecraftian goodness comes from the idea that there is a whole hidden world that coexists within or parallel with ours, and it is a place you’re better off not knowing anything about. Those two things are great and handled very well, but that’s about it for Lovecraft connections.

Worst yet is the fact that the film at times dddrrraaagggssss by at a glacial pace, and is often horribly padded with overwrought dialogue and re-re-reused images to artificially increase the runtime. The worst offense is the tedious drive Dr. X and his galpal take to Vegas that concludes with an almost-two-minute scene of seeing stock footage of Sin City through the trippy, kaleidoscope vision of Xavier’s X-ray eyes. This visual style is established early in the film and then reused four or five times, both before and after this moment, so when it happens here for such an extended period of time, it is a boring chore to sit through and only serves to run up the clock, so that Man with the X-Ray Eyes can just barely get past the 79-minute mark, so that it can officially be called a feature film. The long and short of that means that there’s just not a whole lot of meat on this movie’s bones. X takes a simple premise of a man seeing too much and runs with it for as long and as far as it can. While, at times, that jaunt has some interesting highlights, more often than not it’s just monotonous. Fans of fast-moving cinema, or just of strolling-at-a-brisk-pace cinema, will likely be bored to tears with this one.

Final Verdict: X: The Man with the X-Ray Eyes is an uneven movie. At times, it can be almost brilliant, but far too often, it’s plain old boring. Well-acted-and-made for the most part, the film does take two of Lovecraft’s main themes and utilizes them well, and at the end, it may hint at more but that’s all. If you want to see a pretty good sci-fi flick that steers away from the usual little green men and mushy monster tropes of the early 60s, then this movie will do that for you. But as for those who say that this film is a very Lovecraftian treat, well, with all due respect to them and to Mr. King, it just isn’t so. At least, that’s how I see it. Maybe you will see more than me, if and when you get a chance to watch this film.

X: The Man with the X-Ray Eyes is available from Amazon.com