Ever since Cthulhu quit Eating the Movies on here and started Eating the World, my film coverage has dropped off. The big reason for that is because after a few years of covering Lovecraftian/Mythos movies, I was running kind of low on HPL-inspired flicks to cover. That, and I wanted to start talking about other things than just film.

However, as the new year begins, I feel the need to discuss the year in horror cinema that was 2013. It’s kind of mandatory if you write anything about movies on the internet. But before we get to the best, I thought we would get to the worst. The blah. The meh. The also-rans, if I’m feeling charitable. Some of the following films are just plain bad; some were just way overhyped in what was a rather lackluster year for movies in general, and horror films in particular. That doesn’t mean there weren’t some winners, we’ll get to the good ones next time, but before that, let’s point and laugh at the losers. Hey, don’t look at me like that. That’s how the internet works, people.

The Most Overrated Movie You Never Heard Of: The Battery. Directed by Jeremy Gardner.

This ultra-low budget zombie flick has become the indie darling of the horror scene for 2013 and sorry, it’s just not warranted. Now, to be clear, this is not a horrible movie. It’s not even, strictly speaking, all that bad. But for all the people out there talking about this being the Second Coming of zombie films, I thought I’d include it here to act as a bit of a counterbalance.

The Battery is two guys, walking through the countryside for a long, long time, while talking about baseball. Oh, yeah, and there are some zombies in it. Sometimes. Poorly made up, poorly acted, poorly filmed zombies. That’s it. Now, the film gets a few points for doing something different with the very tired zombie subgenre, but is it an amazing movie? Is it great? Is it the ‘best zombie film in decades’ or any of the other hyperbolic gushing that other horror critics have spewed out about it? No, no, its not.

If you want to watch a good zombie movie you’ve likely never heard of, give Stalled a try. It’s the 2013 UK zombie/comedy about a janitor stuck in the women’s toilet during a zombie apocalypse. I won’t fall down on my knees before it as some have done for The Battery, but it is an enjoyable bit of silliness and once again proves that the Brits do zomedies better than anyone else. See also Shaun of the Dead and Cockneys vs. Zombies for further proof.

Most Overrated Movie You Have Heard Of: You’re Next. Directed by Adam Winegard.

Unlike the previous movie, The Battery, that I think was an okay movie that was just way overhyped, I think this is a pretty poor movie that was way, way overhyped. A standard home invasion movie, and nothing more, this film has some of the most poorly written, unbelievable characters in it that I’ve seen in a long, long time.

Now some SLIGHT SPOILERS to follow: Because this is a modern movie, you know there is going to be a shoehorned-in-twist at the end behind the reason three animal-masked baddies lay siege to a big house during a family get-together. I mean, you can’t make a movie today without a twist! Thanks, Obama, I mean, thanks, M. Night Shyamalan.

Unfortunately when this twist is revealed, none of the characters involved with it can sell the believability of it at all. I don’t know whether to lay the blame for that at the feet of the actors, the writer, or the director, but it is eye-rolling, snickering bad. So much so that it pretty much craps all over what good parts came before it, which admittedly, wasn’t all that much. There are some decent bloody bits for the gorehounds in here, and it’s always nice to see Barbara Crampton again, even if she is tragically underused.

Perhaps the best thing is the tough-as-nails, ass-kicking Final Girl, played well by Sharni Vinson. But by and large, this movie is predictable, when the characters aren’t unintentionally laughable, with zero thrills, chills, dread, and less than a handful of serviceable jump scares. But hey, if that sounds like your kind of movie, give it a watch. Oh, and here’s some trivia for you: This movie was made in 2011 and only released now. Yeah, that’s always the sign of a good movie. Maybe You’re Next should have stayed unreleased? But for a more blatant example of that, keep reading.

The Just Released Years-Old Movie That Should Have Stayed Lost: All the Boys Love Mandy Lane. Directed by Jonathan Levine.

This boring, boring, oh-my-God-so-boring slasher flick was made in 2006. While it had a limited release oversees, it only came out, direct-to-video, in North America this year. And there’s a good 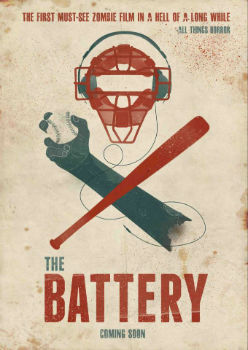 reason for that: It is a mind-numbingly boring, not-very-good movie. In fact, I believe the only reason it was released now is because of the fame of the star, Amber Heard, and the fact that costar Anson Mount now stars on the TV show, Hell on Wheels.

Anyway, the plot of this film, such as it is, is about a group of high school kids going out to an isolated ranch for some partying, drinking, drugs, and sex. Once there, someone starts picking them off one by one. Okay, so far, it sounds like every other slasher flick ever made.

The problem comes first with its severe case of modern-movie-itus. That’s the horrible condition where the vast majority of the characters you’re supposed to care about in a film are reprehensible douchebags. Then you add the fact that nothing remotely horrific happens until 40 minutes into this 85-minute (minus the long end credits used to pad the runtime) movie. Yes, for those of you out there who aren’t good in math, that’s damn near the halfway point.

Then what follows is very predictable stalk-and-slash and, of course, because it’s a (somewhat) modern movie, the mandatory twist at the end. And that’s where this boring, uninspired movie really falls flat on its face, as the twist here comes totally out of left field, has no motivation behind it, and makes the twist in You’re Next look plausible by comparison. This film’s ending was simply, and cynically, made just to have a twist in the film and for no other reason. You know, that’s not how a good twist ending works, and this is not how a good movie is made. In the end, I am one boy who definitely didn’t love Mandy Lane.

Most Wasted Cool Premise: The Purge. Directed by James DeMonaco.

Here is a cool idea: In the future, all crime has been eradicated in America. However, human nature being what it is, there is a pressure value in place in the form of one night out of the year where anything and everything is legal. Murder, rape, ripping the tags off mattresses, you name it. Yeah, there could be an excellent story in that one, simple idea.

Unfortunately, what you get here is a basic home invasion movie where a family is terrorized by masked maniacs. Yeah, because we needed another one of those movies. At its heart, the biggest fault of The Purge is that it played things safe. It’s not exactly bad, the acting is okay-to-good, and there are a (very) few tense scenes in it, but it did nothing new. It’s nothing here you haven’t seen before and done better. This film had an opportunity to do something more and it squandered it. Wasted it. So, don’t waste your time with this one.

This film is exactly like the Psycho remake from 1998. Okay, it is better than that one but not by a whole lot. Now, before you go thinking that means I must hate this movie, I really don’t. That’s because I don’t hate Gus Van Sant’s Psycho. No, really, I don’t. I do think that film is completely unnecessary, as it’s a near shot-for-shot remake of the previous movie – and since I like Hitchcock’s Psycho, how could I hate its flawed near mirror image?

That’s pretty much what I think of 2013’s Carrie. It’s not bad, and it’s not as slavish to the original it is based on as the Psycho remake, but the similarities far outweigh the differences. So, when a remake is that much of a carbon copy, why bother with it? Just stick with the proven-to-be-good original. In addition to the unnecessariness of this movie, there are the two stars, who, while not bad in and of themselves, both fail this movie.

The first is Carrie herself, played by the very talented Chloë Grace Moretz, who is just too pretty to not be popular, or, at the very least, not have a gaggle of schoolboys chasing after her, no matter how frumpy her clothes were. The other misstep is Julianne Moore, whom I usually love in anything she does, but here, she doesn’t quite go crazy enough. Maybe she was afraid of truly chewing on the scenery, but to play the role of Carrie’s God-crazy-to-the-point-of-murder mother, you’ve got to go big or go home. Sadly, Julianne is a pale shadow of the madness that Piper Laurie brought to the role back in 1976.

There you go – five flicks better left unseen than seen. These are not necessarily the worst of the worse from 2013, but they are sort of the dull, meandering bad movies that otherwise get overlooked when people make their “worst of” lists. Well, now you can consider yourselves informed and warned about them. Next time, we’ll take a look at the best of 2013.