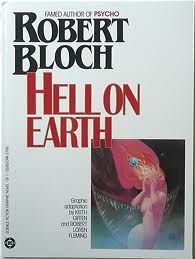 There are some creators and their works that are such a part of the cultural landscape you’re likely to hear about them through cultural osmosis alone. Maybe most people don’t know the name of ‘Francis Ford Coppola,’ but just about everybody has, at least, heard of The Godfather and Apocalypse Now, two of the most famous films of all time that Coppola directed. The Manchurian Candidate, a rather muddled, murkily plotted novel by Richard Condon, was turned into a first-rate film by John Frankenheimer and Frank Sinatra. It has since become cultural shorthand for brainwashing (in spite of the fact that the REAL Manchurian Candidate of the story was its Joseph McCarthy stand-in). After fifty years of making music on a decade-by-decade basis, the Rolling Stones have grown into a musical institution with songs that can be heard everywhere, from shopping malls to bootleg tapes to YouTube…and most people only know them for “Satisfaction,” “Brown Sugar,” “Sympathy For the Devil,” and a handful of others.

As Robert M. Price noted in “Raven, Son of Morn,” his introduction to Robert E. Howard’s Mythos story collection, Nameless Cults, you sometimes have to get past a creator’s most famous creations to see their true worth. He pointed up one reference in particular that fits with today’s review: Robert Bloch and his iconic slasher, Norman Bates of Psycho fame. That is where the medium of comics can be helpful in bypassing most of the cultural roadblocks that stand between an author and his potential audience. Recent years have seen some first-rate comic adaptations of Bloch’s early work (“That Hellbound Train”, “Yours Truly, Jack the Ripper”), but today’s subject is one of the earliest Bloch adaptations on record, DC Comics’ mid-1980s adaptation of Hell on Earth. When I finished reading this work, I developed a mania for finding out more of what Bloch wrote in his lifetime besides Psycho.

We open with Guy Roberts, a writer who has written three highly successful horror novels about demons. However, he is currently wrestling with a demon known to almost all writers: writer’s block. He’s living on coffee and the promise of something great coming out of his typewriter, but nothing is being written as he continues to just stare and stare at the blank page. At this point, Professor Phillips Keith, assistant director of the Rocklynn Institute, comes by for a visit…and a $100,000 offer. Keith has a theory that ancient magic was, in fact, based on science (a proposition that has since been codified by Clarke’s Law and touched upon by Hugo Weaving’s Johann Schmidt in Captain America). If Guy will write up the results of Keith’s research into the art of raising demons (made possible by a grant from the wealthy personage of Thomas M. Considine), he will be paid the sum in question. Guy jumps at the chance…and winds up regretting that he went anywhere near what follows.

See, Guy is no stranger to the occult, as his horror novels can attest. The same is true for Keith and for his research partner, Dr. Lily Ross, though they’ve approached it from a different angle. But, as Guy’s first glimpse of the lab can attest, it is one thing to read or write about such things. It is another to actually go looking for them with all the necessary requirements. There is a bit of irony that all the meticulous preparation of performing the rituals – transliterating incantations into the nearest equivalencies in English, checking to see which blood type works best for drawing occult symbols – goes awry by using just the wrong incantation…which summons up a nightmare that threatens every human being on this planet.
What is this nightmare, truly? You never see more than its glowing red eyes and teeth, and everyone who looks at it sees something different. Then, of course, there are the possession episodes of our three leads, which take the host’s base psychology and twists it. Yet, one gets the sense that Bloch is hinting that Keith’s theory of “magic equals science” was close to the truth. From the fact that everyone who looks at this thing sees their preconceived notion of the Devil made flesh to the aforementioned possessions, the subtext seems to be that humankind has always been its own worst enemy. The ritual just gave it a form. It is this unique take on the occult that really distinguishes the story.

Hell On Earth is very much a nexus piece for Bloch. In the scientific research of ancient rites, we get a few echoes of mentor HPL’s “Dreams of the Witch House.” In terms of the possession that follows, the dedicated Lovecraftophile cannot help but recall “The Thing on the Doorstep.” The aforementioned nature of the possessions by the Devil alludes to such disturbed personalities as Norman Bates in Psycho and Phillip Dempster in Firebug. Finally, we find in the character of Guy Roberts an analog to the cynical press agent, notary and sleuth, Mark Clayburn, protagonist in Bloch’s only pure detective novel, Shooting Star.
Still, it is a bit annoying that Bloch and/or adaptor Robert Loren Fleming saw fit to put a guilt-trip complex on Guy for supposedly being a cause for all this chaos to happen due to writing three horror novels. It is even more irritating that Guy decides that he is going to make up for the harm that he has done. First, if anybody is responsible, it is the incredibly short-sighted Professor Keith (whose myopia cannot help but recall that of Dr. Lionel Barrett of Richard Matheson’sHell House), who put everybody at risk to begin with. Second, Guy more than atones for any alleged harm that he has done by cleaning up Keith’s mess in the end, so I don’t see what the hell (so to speak) he’s got to feel guilty about.

So far as I am able to tell, Fleming does a more-or-less straight adaptation of Bloch’s book here. No frills, no artistic flights of fancy, just straight from script to comic page. Still, considering that most of Bloch’s prose could be (and often has been) adapted to visual mediums with little-to-no trouble, this is hardly a surprise. Perhaps Fleming was merely taking Sam Peckinpah’s answer to the recently deceased Ray Bradbury’s question of how to adapt a Bradbury script to heart: Rip out the pages and stuff them in the camera.

His artistic partner, Keith Giffen (who, at the time, was an artist on the rise in the industry, which was why he got top billing over Fleming), draws most of the story in a simple 4X4 panel grid, easy enough to follow from start to finish. That actually is something of a relief, considering how some artistic experiments go so awry that you’d like to re-educate the artist in question on the finer points of basic storytelling. However, Giffen does slip a few artistic contrivances into the structure, such as the first page, which traces the outline of a blank typewriter page. His human characters are basic if unmemorable. Giffen spends most of his art with them on extreme close-ups, particularly of the eyes. His demonic special effects are mostly inchoate and scratchy, as if to convey the idea that properly expressing what is going with demons is beyond the scope of the mind to comprehend. It is effective artwork in the context of the story but nothing to write home about.

In summary, while it is, by no means, the greatest story Bloch ever wrote (I submit that this particular honor goes to either Strange Eons or Night of the Ripper), <>Hell On Earth is an excellent introduction to the side of Bloch’s work that too often gets lost in all the psychological horrors that he is better known for.

You can buy Robert Bloch’s Hell on Earth on Amazon.com.