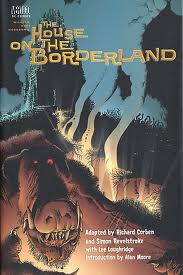 There is a certain kind of critic I have always despised. I realise the irony in that statement, considering the number of reviews, columns and, yes, critiques of my own that I have done for this website. That being said, humour me for a moment…because the chances are excellent that you’ve hated this sort of critic, as well. They are the so-called gatekeepers of culture, the ones who want the high, exalted works of times past to stay immortal, while newer, more-vital developments must be spat on and dismissed. If there is a new technology involved (cinema, television, Internet), the likelihood of denigration doubles. In certain extreme cases, the stuff that is popular with the ever-gullible masses must be utterly buried alive to keep it from infecting the rest of the populace. When these critics inevitably fail on the bigger battles, they moan and whine about how it is a sign of a cultural apocalypse that the thing they were trying to kill is on its way to becoming a cultural landmark. I once spent two weeks lobbing verbal hand grenades at one such critic named ‘Jamie Farr’ via the comment board on Huffington Post for using Thor to make that same simple-minded argument like it had never been said before (It went for so long because he kept responding to me with increasingly childish comments; that part of things really got rolling when I had dared to cite Julia Cameron’s assessment of most critics being “shadow artists” who were afraid to get their feet wet…but I digress). August Derleth knew this bunch’s collective myopia only too well, which is probably why, through the medium of Arkham House, he made recognition of the value of HPL’s written works his lifelong mission. But there have been times when those critics have won…which is why I owe Richard Corben and his writing partner, Simon Revelstroke, a debt of gratitude for their graphic novel adaptation of The House on the Borderland by William Hope Hodgson.

If you’ve heard of this book at all, chances are excellent that HPL had something to do with it. It was one of his favourites. To his credit, Alan Moore spends the entirety of the introduction to the graphic novel talking about the source material and looking over the reasons why it wound up being buried and forgotten (He correctly notes that talking about the adaptation itself would largely be a waste of time, simply because, if you’re already a fan of Corben’s work, you hardly need an introduction to tell you how wonderful the work that follows it actually is). In point of fact, his vicious takedown of the critics who exalted Jane Austen’s works over the works of Hodgson, Arthur Machen, Lord Dunsany, and Clark Ashton Smith is what prompted my opening statement above, largely because these critics are still with us and still following the practices of their forebears. But Moore spends most of his time talking about the life, times and works of Hodgson himself, including the man’s tragic death in the First World War, after getting a chance to go home when he had been wounded (This is laced with a good many personal speculations on connections between certain elements of Hodgson’s written works and colourful personal life that I find both highly dubious and in as much bad taste as some of the elements of From Hell). He ends the introduction with something of a call to arms, encouraging the reader to seek out the original source material (which I did) as well as several others that Moore points to in the closing paragraphs.

Okay, all well and good…what about the book proper? As with so many of Corben’s adaptations, it reads like a comic version of one of Roger Corman’s Poe films. We start with Colin Michaels, one-time English student of Oxford-turned-insane asylum patient. He is curiously obsessed with portals and gateways, having stuffed up the toilet to keep…something…from getting in. He even thinks that the moonbeams coming through his cell window above him can act as a gateway. He then remembers how he got there. Turns out that it was October 1952 (For those of you keeping score at home, that would put it at a little over three decades after Hodgson’s death) in the Republic of Ireland when the trouble began. Colin and his old school fellow, Edward, are taking a walking tour of Ireland after getting tossed out of Oxford. It’s nearly dusk and Edward wants to get a quick pint for the road. Instead, they manage to piss off the locals enough to get chased out of the village and straight into a singular set of ruins. Looking over some fallen letters on the ground, they surmise that the destroyed estate once belonged to a Lord Gault. There is hardly anything left of it but crumbling stones standing on a very precarious-looking ravine that looks like it could collapse at any time. Then Colin finds the discovery that he should have left alone: a moldy-but-still-legible old book that purports to be “the testament of Byron Gault, begun this year of our Lord’s Blood, 1816, to set down the profound and terrible events which befell himself and his companion.” Having temporarily evaded their Irish pursuers, Colin decides to take the time to read it.

Here, the true adaptation begins, as drawn from Hodgson’s original text. In short order, we are introduced to Byron Gault, who lives with only two companions – his sister Mary and their faithful dog, Pepper, in this great rambling house. He is nobility in exile for some unnamed crime (though incest with Mary is very strongly implied throughout the text), who got the house for what he thought was a very cheap price due to its reputation of being built by the Devil. However, as Gault himself concedes, “The price has proven high, indeed”. Before the chain of events that Gault describes in the text began, he was wracked by nightmares of being chased by some great unknown shape just outside of the house. Then, on an outing with Mary and Pepper to survey the deep ravine (which locals called “the Pit”), the first of a fantastic series of episodes befalls Gault. Soon, he, Mary and Pepper are fighting off pig-men that Gault dubs “swine-things” in a desperate siege of the house (This part of the narrative thus paves the way for such future classics as Richard Matheson’s I Am Legend and George Romero’s Night of the Living Dead). He falls in the course of this siege…only to awaken from another of his nightmares to find all evidence of it completely obliterated. But Mary’s behaviour has changed to the point where she declares that they will never leave this house until Time itself has expired. He soon finds himself investigating the well in the cellar (which contains dark hints of monstrosity below), doing a survey of the Pit itself with a pack of lit candles (nearly getting drowned for his troubles), and watching as the house takes him on a journey through time itself that brings him to the edge of history. What is dream and what is reality get murkier and murkier with each new incident, Gault’s every line of inquiry stifled by forces beyond his meager abilities to figure out what he is truly up against.

Anyone who has played the original Silent Hill knows this routine, even if the setting radically differs. Expect no real answers, explanations, or reasons as to why all this is going on. Even though Revelstroke and Corben give their ending a bit more of an explanation via the end of the framing sequence, you’ll likely find yourself asking questions as to why all this was so and what was truly real? Not even Clive Barker has come close to the outright surrealism posited by the question – “Which world is the real world?” – that is on display here.

The script is a marvel to read. Much as Hodgson’s original novel wound up expanding on certain points that this adaptation glosses over, it may also have the effect for the modern reader of bogging their minds down with detail when they really just want to get back to the plot (Of course, you could argue that same rap with certain Lovecraft stories, like the middle section of “The Doom That Came To Sarnath”, which is still considered one of his finest stories). As they do in virtually every comic adaptation of classic work that has been part of their bibliography, Corben and Revelstroke pull out the lines of the original script that work in a comic medium and either cut the script down to the bone or do a rewording that will parse better with a modern audience. It helps to create a remarkable fidelity to the source material, even if they’re adding in such elements as gore and female nudity. Of the ending, I will only say this: Anyone who loves Lovecraft will feel a kinship to it and may even enjoy it as much as I did.

Corben’s artwork, which always seems to suggest a constant decay in both its settings and characters, is up to its usual excellent standards here. As good as the story itself, the artwork is the true engine that drives this graphic novel, a fact that is apparent from the moment you look at the arresting cover with the titular house, and the pack of swine-things in both the shadowy background and too-close-for-comfort foreground. While there are plenty of explicit horror movie images that dance their way across the canvas (the aforementioned gore and nudity), Corben’s most arresting images are those of the cosmic horrors referred to throughout the script. Whether it is the nameless shape that stalks Gault in his dreams, the cosmic time warp that utterly consumes the house, or the final harrowing sequence of the story involving Collin Michaels’ ultimate fate, the overall effect conveys a vastness in which a man seems to be counted as less than a drop of water in the cosmic abyss. Once you are aware of that position, your next stop is annihilation worthy of the most doomed Poe or Lovecraft protagonist.

Critics have their place in the scheme of things. This is true of even the bad ones. If you want to build muscle, you need some sort of resistance to work against. So, if you want to be a name that lasts and survives, you have to constantly work against those who will continually shoot you down. Still, there are some casualties of this never-ending conflict that deserve to be rescued from oblivion, particularly if they’ve paved the way for more famous and well-received work. After reading House on the Borderland, I hope that you can agree with that proposition.

William Hope Hodgson’s The House on the Borderland is available from Amazon.com