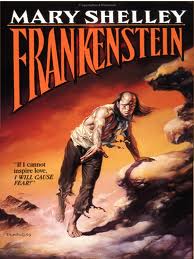 The word ‘Gothic’ has many definitions, all conflicting. First, it means the Germanic people who, amongst other tribes, sacked Rome in 410 AD. Because of this, it can mean anyone barbaric and uncouth. ‘Gothic’ is also a style of non-Grecian architecture popular in medieval times. During the 18th century, it came to mean, politically, “Englishness.” Lastly, it can be used to describe a branch of fiction popularized in 1764 by Horace Walpole when he wrote The Castle of Otranto. Developed from the 1790s until 1820 by writers like Ann Radcliffe, M.G. Lewis and Charles Maturin, it expanded into the genres of ghost stories, detective fiction and melodramatic romance, including everyone from Robert Louis Stevenson to Edgar Allan Poe.

That last name is significant. Edgar Allan Poe was H.P. Lovecraft’s biggest influence. Which never really made much sense to me, except in terms of diction and style, perhaps. Poe is preoccupied with psychological terror, while Lovecraft is about cosmic horror and gigantic monsters. Poe was never much of a monster writer. He gave us a demon horse in “Metzergerstein” and a monkey with a razor in “The Murders in the Rue Morgue.” That’s about all. Lovecraft, on the other hand, is a monster master of a kind not seen since H.G. Wells, with Cthulhu, Nyarlathotep, Azathoth, the Deep Ones, the Mi-Go, etc. etc. They seemed miles apart until I began to understand the concepts behind the Gothic better. It is in the Gothic concerns and themes that they are truly father and son.

The standard symbols of Gothic literature include winding passages, old castles, imperiled heroines, evil Latinesque villains, conspiratorial monks, lost heirs. The Gothic novels seem quite silly by today’s writing standards, filled with hyperbole and melodrama at an almost hysterical pace. And at the end of it all, in the Radcliffian tradition, a Scooby-Doo explanation that says, no, the world really is logical if a bit of a soap opera.

What all these old bits of literary junk did for the 18th century was to create a frisson of terror by pushing the mental buttons of the day. The Industrial Revolution was changing the English landscape. All the tropes were under attack, church and state. What this meant was that the fear which the Gothic exploited was of sinister (and in Protestant England) Catholic “cults” and foreigners destroying the pure “Gothic” (meaning: descended from a non-Catholic Germanic root, this time) England. The Gothic has a weird paradox built into it. On the one hand, it looks back to the past as safe and the future frightening (before mills and railroads), but, at the same time, the past is stifling, over-traditional and Latinesque, religiously over-controlling and rotten to the core. No wonder they were confused! 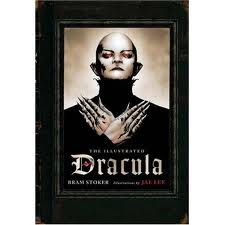 This same conflict exists in both Poe and HPL, despite using different props in their fiction. Both men worshiped their blissful youths as lost years. For Poe, this was centered on his mother, who died young. Later, he would lose a young wife to consumption, as well. This sense of the past comes out in Poe as Romance. “The death then of a beautiful woman is unquestionably the most poetical topic in the world…,” he is quoted as saying. For Lovecraft, it was about living in his grandfather’s house on Angell Street. This fed his strange Anglophilia and his dislike of the changing New England landscape. You can see this nostalgia for “place” (as opposed to “people”) in stories like “The Silver Key” and “The Dreamquest of Unknown Kadath.”

These feelings, for both writers, are expressed with Gothic images. Poe uses funerals, burial crypts, and old houses like Usher’s famous manse. Despite the lack of a Dracula or any really grand monsters in Poe, he still dwells in a world of dark shadows. Lovecraft expands the Gothic images to the entire universe, with evil from the past seen in weird cults (no longer Catholic, but older and more terrible), cursed bloodlines whether ape or fish-frog. Lovecraft has the distant past, even before Humanity existed, coming back to reclaim the planet. Dreams and visions are another Gothic device used to explain away the horrors, but, in Lovecraft, they become messages from evil beings.

The Gothics of Walpole and Radcliffe seem very badly done today, but while these authors have fared poorly, their heritage hasn’t left us. It has a wily nature that re-invents itself constantly, coming and going in popularity. After Radcliffe’s style of tale had been absorbed by mainstream novels like Wuthering Heights (1847), Gothic came back in later Victorian tales like Stevenson’s The Strange Case of Dr. Jeyll and Mr. Hyde (1886) and Bram Stoker’s Dracula (1897). This process happens over and over. The Victorians took the Gothic out of the castles and moved it to the Dickensian workhouse and East End. The Pulps of the 1920s would go even further and bring horror to modern times. Weird Tales, Unknown and others became comic books like Batman in his dark Gotham streets. The Kolchak ‘70s produced such open Gothics as the Dark Shadows soap opera. And more recently, Twilight vampires produced pre-teen hysteria reminiscent of Catherine Morland in Northanger Abbey (1803). 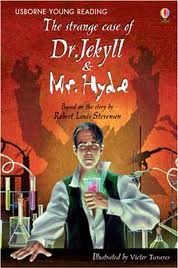 What this all means for the Mythos writer is that you’re going to use Gothic elements, like it or not. Most likely, you won’t even be aware of it, but you will. Even if you move your story out into space, as I did in “Black Sun.” One of the classics of the Gothic age was Frankenstein (1818), which is considered by writers like Brian Aldiss to be the first Science Fiction novel. I prefer Eric Rabkin’s explanation that Mary Shelley created Science Fiction by taking the Gothic Explique (the Radcliff tale with the explanation at the end) and placed the Scooby-Doo stuff at the beginning, giving the fiction a logical basis to work out from. What this really did was answer an old question for myself. I have been a long-time fan of both Lovecraft and SF writer Philip K. Dick. On some intuitive level, I saw them as brothers, somehow. This explained it at last. Dick often uses Gothic-style devices to explore themes, like what it means to be human (just like Frankenstein). His weird drugs create Radcliffian dream sequences that are reminiscent of both the 1790s and the 1960s. Phil Dick wrote in “The Exit Door Leads In” (Rolling Stone College Papers, 1979), “It had been a phobia of his for years that someday he would fall into the hands of madmen – in particular, madmen who seemed sane up until the last moment. To Bibleman this was the essence of horror.” This reversal is typical of the monks, evil nuns and dastardly barons of the Gothic. They are authority figures and are supposed to be part of the stable world. In both Gothic and PKD, they slip out from under us and cause the real world to melt in terror.

The Gothic is part and parcel of the Cthulhu Mythos. All horror fiction is. But, like the wily Gothic, Mythos is a shapeshifter that can use different kinds of stories to bring you everything from Alien’s haunted house in space to humor like Neil Gaiman’s “I, Cthulhu.” The Gothic goes deeper than graveyards and old houses. Mythos goes deeper than a new book or another tentacular beastie. Gothic dwells on the tensions of the past and future. What better definitions can you think of for 21st century fiction? Mythos is that fiction.