[dropcap]T[/dropcap]he trail has been long, beginning in the 1863 with J. Sheridan Le Fanu’s The House By the Churchyard, leading us through the 1920s and H. P. Lovecraft’s “The Supernatural Horror in Literature,” and on to Clark Ashton Smith’s arabesque horror-fantasies of the 1930s, to today. We talked about how nobody works in a vacuum. Big authors send off waves of influence through literature. How we use pieces of older fictions to make something new. The trail ends here, at your computer, laptop and latté in hand, or at your writing desk where you like to pretend at being a gentleman and write with a goose feather. (Hey, it’s your method; who am I to criticize?) The bottom line is it’s time to write a Mythos story.

Let’s look at some choices you have to decide on first.

1. Style – We looked at this last time, but let’s recall. What style of prose are you going to use? (Or is it prose at all?) Modern, terse, journalistic, or more old-fashioned or poetic? The purpose of your story may dictate this. Do you want to make it feel real and documentary? Or do you want a dreamy quality? Are you sketching quickly or painting lush, fantastic visions? Style choice is key.

2. Intent – There are many kinds of Mythos stories now. Do you want to make us laugh, cry, think, or shudder? Not all are meant to be scary or ‘just’ scary. Neil Gaiman’s humorous “I, Cthulhu” is an example. (Not to be confused with scathing anti-Mythos parody.) Others are more fantastical, being Sword & Sorcery with a good dollop of Lovecraft. Basil Copper’s The Great White Space is two-thirds adventure novel – and a good one in the Haggard, Verne, Ian Cameron mode. The point is: What are you trying to achieve with your story? Do you want to scare the crap out of people? Do you want to create weirdly dark images that linger like rich tobacco? Fiction is about making people feel … something.

3. Approach – Like style, approach is how you are going to tell the story. Some old stand-bys include the epistolary tale in which the story is in the form of a letter or diary or other first person narrative. These tend to be old-fashioned, based on the Victorian ghost story. Though they don’t have to be. The Noir first person narrative has a different feel. Or will you hover Elder God-like and observe from above? The third person can be colder, more detached. How will you make your characters more than just puppets? Who will be your focal character? What will you show and what will you hide? Are you going for cold, mind-numbing terror or a gooey, splashy gore? Are you starting at the beginning and working to the end? Or are you going to start in the middle? At the end and work backwards? All approaches are valid if they serve your intent.

4. Straight horror or cross-genre – Unlike some types of fiction, Mythos is not limited to one 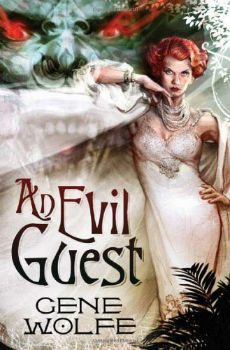 genre. Mythos can be Science Fiction, a Western, Mystery, or just about any kind of tale you can imagine as long as its ultimate purpose is linked in some way to HPL and his cosmic vision. One thing to remember if you are going to mix Mythos with other genres is that you must play fair in both camps. For example, if you are writing a Mystery story with Mythos elements, it must still work as a Mystery. Same with a Western. Yes, the old mine can have a Mi-Go hiding in it, but the people and locale must ring true to the Western fan. You should not prop up a bad Western by saying, “But it’s really a horror story!” or vice versa.

5. Message – I don’t necessarily mean a bold head-thumper here. It can be subtle. This can be subtext. Lovecraft would say it is irrelevant, since only the cold frisson running down your spine matters, but some people feel a need. People read a lot of things into HPL about sex and repression and such. Is it there? Is there a message? Even a bad film like 2007’s Cthulhu has a subtext about gay issues and Deep Ones. You can decide what it is or let people come up with their own interpretation. You can also write the story and see what your subconscious wants to say.

6. Refute or Reaffirm – Is it a reactionary tale in which you will go against Lovecraft and his ideas? Is your outlook optimistic, or will you endeavor to build on his thoughts on cosmic loneliness and the futility of Humankind? This does not have to be overt. Look at August Derleth, who twisted HPL’s Mythos into a trite Good vs. Evil affair. Derleth was a refuter, despite his great admiration for HPL. Robert E. Howard was another. His Sword & Sorcery tales encroach on the Mythos, but his barbarian heroes fight on despite the terror of the universe. You have to know where you stand if you’re going to make a conscious effort in one direction or another.

7. Props – Are you going to use the old props of the Mythos writer, The Necronomicon, shoggoths, cults, etc.? Are you going to create your own? (Does the world really need another elder tome?) Are you going to place these front-and-center or hide them subtly in the background? Both choices have their consequences. If you are obvious about it, your story can read like some of the worst of Lin Carter’s pastiches, stories that are lists of monsters and books. Not very effective – destructive of the illusion, in fact. Or you can merely hint and have Mythos collectors bug you for decades with “Is it a Mythos story or not?” Or will you shuck off the old and come up with new ways to be Lovecraftian? That’s a much tougher order to fill. Fritz Leiber did it early on. Other writers like Ramsey Campbell or Brian Lumley made a break later in their careers. While Gene Wolfe has only relatively recently tried his hand at an unusual Lovecraftian novel, The Evil Guest (2008).

8. Idea or Image – Depending on how you work, it might be good to have one strong new idea or image that your story is working toward. This will be that ultimate moment that the reader has been waiting for as they put up with your choices, be that style or approach. Think of the image of the invisible star vampire sucking the blood out of the victim’s body in “The Shambler from the Stars” by Robert Bloch, or when the shoggoth shows up in “At the Mountains of Madness” by HPL, or when Chalmers’ body is revealed decapitated and covered in blue goo in “The Hounds of Tindalos” by Frank Belknap Long. I could go on and on. If your intent is humor, then the ultimate joke of the piece. If it’s Howardian fantasy, the big fight, etc. The pay-off should be worth the trip.

I could have put this item first, but really, we are talking about a circle here. Go back to the top and begin again. Mythos writers will have to dodge between all these concerns at the same time they are remembering how to spell “Tsathoggua” or to put the ! after “Ai!.” The trail of Lovecraft has led you here … now get writing.