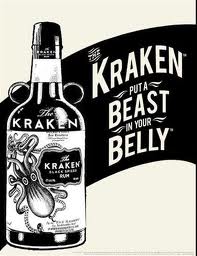 Do your loved ones love tentacles? Are you squirming trying to figure out what to give them for Xmas? Squirm no more! I’ve come across three tentacled options for the holidays.

First of all, the folks at the Unspeakable Oath have put together one hell of a stocking stuffer. We are literally talking about tentacles stuffed with stuff. In this case, the stuff is the HPLHS’s holiday CDs A Very Scary Solstice and An Even Scarier Solstice, along with fully annotated sing-along songbooks. The double book-and-CD set comes in its own “hand-made Solstice Tentacle, suitable for hanging above your fireplace or your favorite non-Euclidean doorway.” It’s the priciest item on today’s list at $48, but it’s great for the Mythos fan in your family.

Next up, we’ve got a USB Squirming Tentacle, courtesy of ThinkGeek. This is exactly what it sounds like: “The USB Squirming Tentacle will draw a small amount of power from your computer, enabling it to squirm and wiggle like an Elder God trying to escape your laptop.” The thing dosn’t actally store any data, mind you, so it’s just for eye-catching geekness. It has a cost of $25.

Finally, what’s better than curling up by a warm fireplace with a tentacle? Drinking it! The Kraken Rum comes in an attractive bottle featuring a…um…kraken. I don’t know about you, but I’m one of those plebeians that buy wine based on the attractiveness of the bottle, and this is one attractive bottle! The official website explains, “The Kraken Rum is dark and mysterious like the beast itself, and most of the information we have is a mixture of second-hand sailors’ accounts and estimations. However, we can tell you that most spiced rums of comparable proof contain about 70 calories per serving (1 oz.).”

So, pop open a bottle of Kraken Rum and wave your tentacles.