The ‘Next Big Thing’ Blog Hop Tour shares upcoming authors – we ‘next big things’ – with as wide an audience as possible. Each week, 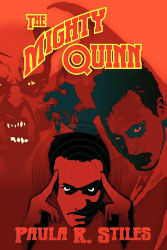 a new author takes the baton, answering the same 10 questions about their upcoming work. You can find the previous entry here on Rebecca Byfield’s site.

My next upcoming book is a best of anthology, Raygun Chronicles: Space Opera for a New Age, that’s currently doing a Kickstarter. However, that’s a multi-author short story anthology and doesn’t really qualify. But you can check it out here. Technically, my latest novel, The Mighty Quinn, is recent rather than upcoming, but it’s pretty obscure and so am I, so the answers below work just as well as if it weren’t out yet:

1. What is the title of your book?

2. Where did the idea come from?

I’m a big fan of local folklore and urban legends. It struck me that there aren’t a whole lot of horror novels that really deal in that, the way you see it on TV in shows like The X-Files, Millennium, Supernatural, or Grimm. So, I decided to write such a novel. The Mighty Quinn is sort of a folkloric love letter to Vermont, where I grew up; Vancouver, where I was living at the time I wrote it; Canadian indie film; and Public Access TV.

3. What genre does your book fall under?

Horror – with a satirical bent.

4. Which actors would you choose to play your characters in a movie rendition?

The hero of The Mighty Quinn first appeared in a short story about two very different kinds of vampires called “Icebergs and Butterflies,” that appeared in The Opinion Guy Magazine back in 2009. It was originally inspired by an improv scene from a Canadian indie film called “Lola.” Additionally, I got some inspiration from a Canadian show that I used to review, Intelligence. So, Quinn would be played by Ian Tracey and would be played by Klea Scott.

5. What is the one-sentence synopsis of your book?

Quinn Bolcan is your garden-variety West Coast rounder from Vancouver–or, he was until he got saddled with a frightening superpower and dropped into a sorcerous nuclear exchange on the Vermont border. Now he’s just in a whole lot of trouble.

6. What is the longer synopsis of your book? 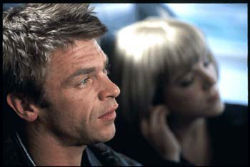 driver. Vermont Homeland Security Agent Nan Carreira is having quite the morning and she hasn’t even met her witness yet. Quinn Bolcan just got out of Vancouver, in a hurry and under a dark cloud. The last thing he was looking for in Vermont was trouble and that’s the first thing he found. Soon, he and Carreira will be neck-deep in black helicopters, low-rent necromancers, zombie suicide bombers, and vengeful were-bikers. And that’s just the beginning because Quinn is a wild card in a league all his own.

7. Is your book self-published or represented by an agency?

The book is issued in print and on Kindle by Dark Continents Publishing.

8. How long did it take you to write the first draft of your manuscript?

It was a NaNoWriMo project, so it took a month.

9. Who or What inspired you to write this book?

10. What else about your book might pique the reader’s interest?

If you’re into millennial stuff or cultural satire, you might like this one. I also had a good time sending up some of the more “traditional” monsters in the pantheon, like vampire lawyers and werebikers, trying to give them a new spin.

I now pass the baton on to the next player in ‘THE NEXT BIG THING’ Blog Hop Tour:

Bio: I started writing late in life due to needing a new challenge. I enjoy watching TV, probably way too much! I love crime dramas, new and old. I am married and have been for 18 years.

You’ll find Debra blogging next week at: http://www.debrawattes.com/blog.html. You can also find her on Twitter @debrawattes.