Today, we are talking with Chelsea Quinn Yarbro, author of the Saint-Germain series (volume 23, Burning Shadows, is set to be published this winter) and numerous other novels. In 2003, Yarbro was named Grand Master of the World Horror Convention and in 2006, the International Horror Guild named her a Living Legend.

IFP: Do you think the popular image of the vampire has changed since the publication of Hôtel Transylvania?

CQY: Yes and no. There is still the Dracular model running around out there, and even more horrific figures of the semi-human variety, but the conflicted Romantic hero/heroine has certainly become part of the literary scene as well.

IFP: What would you say is the appeal of the vampire?

CQY: The same as it’s always been: a semi-immortal figure whose survival is wholly dependent upon the living is filled with power and ambiguity that has a lot to say about how we, as a species, deal with our own mortality. And since mortality is so closely connected to sexuality/reproduction, the two are greatly entangled, which adds to the strength of the archetype, especially when the writer is willing to face the issues straight on and without flinching.

IFP: You’ve produced a vast array of fiction since you first started writing. What is the secret to your copious output?

CQY: I work hard, and I don’t do much in the way of rewriting. Once my characters are set and my research is done, then it’s a matter of getting it onto the page. This doesn’t mean that people who write differently aren’t doing it right – every writer has his or her own means of writing, and all of them are right if they work for the writer whose method it is. 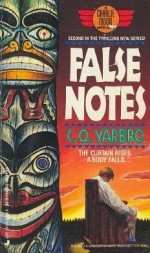 IFP: You’ve gone through a lot of phases in your career. Do you have a favourite genre or type of story that you write?

CQY: To use Picasso’s answer, my favourite is always the next one. I had the most fun, as in the most ease and enjoyment, writing my two westerns. I think I learned the most writing the Charlie Moon novels back in the 70s and late 80s. By the way, Ramble House has reprinted the four mystery novels for those who like almost-contemporary settings. Every book is a unique experience, as is every short story. Each has something valuable to me as a writer, and every one has something that was a challenge to deal with. And for me, since characters always come first, genre comes in a distant second.

IFP: Where do you get your inspiration for your stories? Has this changed over the years?

CQY: You probably won’t like my answer: if you have to ask, I can’t tell you, which is why I have no idea if it’s changed over time, although I suspect it has.

IFP: Your Saint-Germain books could be classified as horror, historical or romance. What do you define them as?

IFP: What was the hardest Saint-Germain novel to research?

CQY: Path of the Eclipse was difficult, so was Dark of the Sun, and Mansions of Darkness, because of the dearth of available unbiased contemporary material, as well as a lack of reliable personal accounts. Critical reading is crucial in historical research, and in times when literacy is low, or there is only one source of information, it’s not easy to get a handle on the times without a lot of propaganda insinuating itself into the mix.

IFP: I read you are one-draft writer. I think it’s hard for most aspiring writers to imagine producing a long manuscript without numerous revisions. How and why do you follow the first-draft policy?

CQY: I tend to do a fairly loose outline to work from as soon as the characters are set, which is what i submit to the publisher. It’s usually about 5 or 6 pages long. I don’t follow it slavishly, but I keep to the structure in almost all cases. I write this way because that’s the way I’m wired to write. I’m lucky in that it makes me productive. If it’s any consolation, when I’m composing music, I work ve-e-e-e-ery slowly. It takes me a long time to sort out the notes in relation to one another.

IFP: Do you have tips for people trying to write historical fiction?

CQY: If you want to hold my attention as a reader, first and foremost, do your research, including most essentially the mind-sets of the time. I get thoroughly annoyed at costume dramas in which the characters have 21st-century mind-sets but run around in period clothing for no good reason. Unless you’re doing satire, make sure you know the world you’re in.

IFP: Is there a historical setting that you’ve never tackled and you’d like to explore?

CQY: Many of them, and I’d like to do some more alternate histories, but that doesn’t seem to be an active market these days, worse luck.

IFP: You’ve written numerous Saint-Germain novels. Is it hard to return to the same character? Do you have a favourite St. Germain novel?

CQY: Saint-Germain is kind of like my old jodphur boots that I wore when I was still riding: very familiar, very comfortable, and utterly reliable. I trust him completely and so far, he’s never steered me wrong, nor has Roger, for that matter. Olivia has been a little trickier since she has more frustration in her life than Saint-Germain. Thank goodness he’s a real grown-up and not an angsty, overgrown boy.

I’ve been doing these stories for so long that a favorite – other than the next one – is probably impossible. I started working on Hôtel Transylvania back in the winter of 1970/71; I wasn’t yet thirty years old. Twenty-two novels and thirteen short works later, I would hope that my perspectives have changed and the tales have shifted in their focus through time and culture enough to keep novelty in the series.

IFP: Some of the short fiction markets we are seeing nowadays take flash fiction to a new level. Less than 1000 words. We even have Twitter fiction of only one hundred or so characters. Do you think today’s readers are looking for faster and easier reads?

CQY: I think it is barely possible to do a vignette in 1000 words, let alone a story. Certainly, some people prefer the sound-bite approach, which, if they find it satisfying, is fine for them. I like to write and to read big, chewy books, with multiple plot lines and complex people in difficult situations that demand major attention from the characters. If that’s generational, well so be it. But I suspect that those kids who grew up devouring Harry Potter books also have a part of their literary hunger that longs for multi-course cordon bleu and not just fast food. 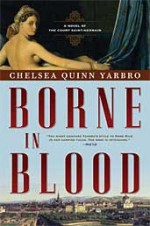 IFP: Is it harder to be a writer today that when you began to publish? Are more responsibilities placed on you, such as keeping a website or blogging?

CQY: Absolutely it is harder now than when I sold my first story back in 1968. The market has become more stratified and limited, and the length of time a writer is given to find his or her audience has been cut to nanoseconds – or close enough to nanoseconds.

In my first novel contract, which was for Ogilvie, Tallant & Moon, there was a clause which specifically forbade me to do any promotion without the permission of the publisher, which wasn’t easy to get. No one had websites and blogs or any of the rest of the modern cybertools. I find the shift from publisher to writer a bit troubling for two reasons: 1. that it places an undue financial burden on writers to find the audience for their work and 2. that it takes time away from the writer’s real job – writing.

IFP: Can you tell us a bit about Burning Shadows? What can we expect in this novel?

CQY: Burning Shadows takes place around 440 AD in the western Carpathians. The Roman Empire is splitting apart and the Huns under Attila are coming. For those familiar with the series, this is Nicoris’ story.

IFP: What are you working on right now?

CQY: I could be cheeky and say “this interview”, but I won’t. I’m putting together another Saint-Germain proposal, doing a couple of short stories, and looking for a home for a high adventure science fiction novel.

Bio: Chelsea Quinn Yarbro has worked in a wide variety of genres, from science fiction to westerns and historical horror. She has published more than 80 books and is best known for her historical horror novels about the vampire Count Saint-Germain, which began in 1978 with the publication of Hôtel Transylvania. She has been nominated for the Edgar, World Fantasy, and Bram Stoker Awards and was the first female president of the Horror Writers Association.