[dropcap]L[/dropcap]ately, I’ve been revisiting the works of H.P. Lovecraft. I adore Lovecraft and I don’t think I’ll be saying anything terribly surprising or controversial if I refer to him as the Father of Weird fiction. He gave us elder gods waiting on the doorstep of reality, waiting and eyeing our sunlit existence with hungry malice. It makes me all warm and fuzzy with happy reading memories just thinking about it. But it also calls to mind a great literary tradition of cosmic otherness and outsiders. 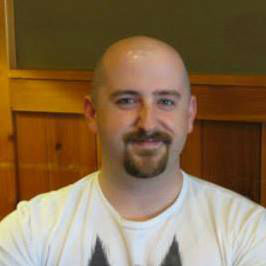 placing that existence in stark contrast to something else, something horrifyingly unknown and ineffable, has always been my favorite brand of cosmic epistemological horror. It’s the thing that drew me to Lovecraft in the first place and has kept me coming back again and again for most of my reading life. That said, Lovecraft isn’t my favorite master storyteller to place angry monsters in the grumpy waiting room on the cusp of existence. No, that title goes to a certain blind poet who, I feel sure, probably ranks pretty high on Lovecraft’s heart-doodled list of dreamiest writers. Mr. John Milton.

Now, I haven’t combed through Lovecraft’s papers. I like to think they probably smell like a basement and are mostly geometric nightmares densely covered with eldritch runes. But I haven’t studied them. I haven’t visited his boyhood/manhood home or tried to dig up corroborating extra-textual evidence of his literary influences. I haven’t done my academic due diligence here, but I would like to make some suggestions about the debt Lovecraft owes Milton.

Let’s start with an explicit example in the form of a fishy fan-favorite. Our buddy Dagon. Certainly, Milton didn’t invent Dagon. Dagon goes way back, like Mesopotamia way back. And while there is some debate among scholars concerning the original depiction of Dagon as part-fish, it seems he has always been related to the sea and fishing. Yet, the idea that Dagon is actually a demon “sea monster,” well, I’m gonna give that one to Milton. Like much of Paradise Lost, here Milton starts with the Bible and builds upon it:

…Next came one
Who mourn’d in earnest, when the Captive Ark
Maim’d his brute Image, head and hands lopt off
In his own Temple, on the grunsel edge,
Where he fell flat, and sham’d his Worshipers:
DAGON his Name, Sea Monster, upward Man
And downward Fish: yet had his Temple high
Rear’d in AZOTUS, dreaded through the Coast
Of PALESTINE, in GATH and ASCALON,
And ACCARON and GAZA’s frontier bounds. (1.457-466)

In the Bible, Dagon is simply the false god of the Philistines. In Paradise Lost, Dagon is counted among the demons who fall with Lucifer and he’s listed among the fallen who are particularly successful in luring human followers into unholy worship. A sea monster who seduces human followers away from God? Remind you of any Lovecraft tales? Me, too. And, of course, Lovecraft alludes to Paradise Lost directly in his short story “Dagon”:

I felt myself on the edge of the world; peering over the rim into a fathomless chaos of eternal night. Through my terror ran curious reminiscences of Paradise Lost, and of Satan’s hideous climb through the unfashioned realms of darkness.

Okay, so that’s a somewhat superficial example. I would also like to examine those “unfashioned realms of darkness” as portrayed in Paradise Lost and suggest a deeper level of influence, an influence centered on that favorite trope of mine. Existential Otherness. In Paradise Lost, Milton does something truly fascinating: He builds a narrative universe in which sentient beings with their own lives and agency exist outside of the created space of God. He builds a space for otherness, for outsiders. In essence, I’d argue that Lovecraft’s nameless things owe Milton for the doorstep upon which they sit.

Lucifer is not the only enemy of God in Paradise Lost. Chaos and darkness are ancient, living, thinking beings and they are not happy with God who, in their eyes, is a hated usurper. Personified Chaos co-rules his realm with personified “eldest Night” (2.894), a character described as “eldest of things” (2.962), not simply the eldest creation of God. In addition, the poem refers to “the wide womb of uncreated night” (2.150). Similarly, the realm of otherness is a “wilde Abyss, / The Womb of nature and perhaps her Grave, / Of neither Sea, nor Shore, nor Air, nor Fire, / But all these in thir pregnant causes mixt” (2.909-913). Otherness is uncreated; it is eldest; it is very different from the works of God. In short, Paradise Lost presents a kind of existence outside of human perception and understanding, yet it is awake and aware, and doesn’t much like us. This is a foundational concept for Lovecraft.

It’s hard for me to believe that Lovecraft’s concept of old gods, ancient and other and outside our reality, isn’t informed by Milton’s depictions of Chaos and Ancient Night. Consider Lovecraft’s depiction of Chaos as a mad ruler in his sonnet Azathoth: “Till neither time nor matter stretched before me, / But only Chaos, without form or place. / Here the vast Lord of All in darkness muttered.”

Don’t get me wrong. I’m not suggesting that this creative relationship takes anything away from Lovecraft. For me, this observation doesn’t water down the accomplishments of the Godfather of Weird. Rather, I’m suggesting that Milton provides a really interesting lens through which to read stories like “Dagon” and “The Call of Cthulhu” (among many many others).

Lovecraft is awesome and Milton is awesome. I just hear a lot more talk about Lovecraft than I do about old John Milton these days. Maybe I get a little indignant on Milton’s behalf.

So, beyond my suggested link between Lovecraft and Milton, I might also be suggesting that, if you haven’t for a while, or if you hated it in English class, maybe you should give a second look to Paradise Lost and the other works of John Milton. The language can be dense and difficult, but if you like speculative fiction, I think you’re going to like Paradise Lost. It’s got angels and devils and war in Heaven, with uprooted mountains being tossed around and fallen angels mining minerals to build giant weapons of war.

If the language gets in your way, try listening to an audio version. That’s what hooked me. I like the version read by Anton Lesser. Try it while playing video games. If you think slaying dragons in Skyrim is epic, imagine how much more epic it will be when you’re listening to an account of demons plotting to overthrow heaven. Trust me. After all, just look at what it did for Lovecraft.

Jarod K. Anderson is a fan of comic books, John Milton, tattoos, pulp detective novels, herpetology, folklore, video games, and all things sci-fi, fantasy, and horror. Growing up, he wanted to be either a ninja or a maple tree. These aspirations led him to teach college English. Teaching college English led him to change careers.

Jarod’s work has appeared in numerous online and print publications including Daily Science Fiction, Escape Pod, Electric Spec, The Colored Lens, Fourteen Hills, Stupefying Stories, and elsewhere. He lives in Central Ohio and in the laughter of children. Find him online at: www.jarodkanderson.com 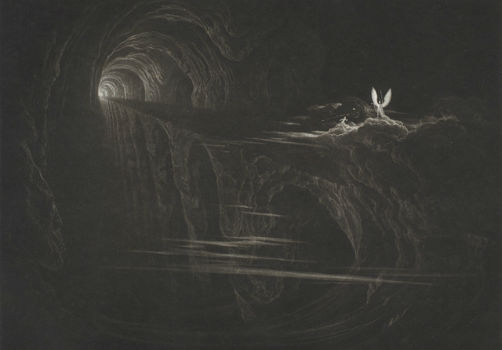 Jarod K. Anderson is a fan of comic books, John Milton, tattoos, pulp detective novels, herpetology, folklore, video games, and all things sci-fi, fantasy and horror. Growing up, he wanted to be either a ninja or a maple tree. These aspirations led him to teach college English. Teaching college English led him to change careers.

Jarod’s work has appeared in numerous online and print publications, including Daily Science Fiction, Escape Pod, Electric Spec, The Colored Lens, Fourteen Hills, Stupefying Stories, and elsewhere. He lives in Central Ohio and in the laughter of children. Find him online at: www.jarodkanderson.com.