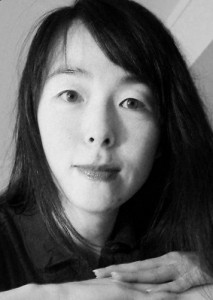 Candle in the Attic Window, an anthology of Gothic horror, is the latest release from Innsmouth Free Press. We are interviewing some of the book’s contributors. Today Berit Ellingsen talks about her story, “The Ascent”.

What makes your story Gothic?
When I first thought about writing a Gothic story, I thought it would be something set in a dark and scary mansion, with people fleeing from unknown fears through dark hallways or old cemeteries, while their white nightgowns and nightshirts billowed around them.

I thought, what if you wanted to scream, but couldn’t? Underwater and space are some of the places where you shouldn’t scream, but might feel like it at times. And the most dramatic of all types of underwater activity is, for me, the sport of free diving, where you take just a single breath with you into the deep. That’s how my Gothic story about free diving was born.

What was the source of inspiration for your story?
I had been watching some spectacular free diving videos on YouTube, of the various types of free diving styles and records. One of the disciplines is holding your breath underwater for as long as possible, while not moving at all.

Other disciplines are swimming horizontally for as long as possible, with or without fins, or swimming down to a certain depth and back up again.

But the most dramatic discipline is what’s called No Limits free diving. The diver uses a sled to go to a set depth and a balloon of air to get back to the surface. The Austrian free diver Herbert Nitsch has the current world record in No Limits free diving. In 2007, he went down to 214 meters (~702 feet) on a specially constructed sled. That’s much deeper than most people go with air and I think it requires a certain type of personality to do something like that.

Nitsch’s world record, William Trubridge’s dangerous dive of The Arch at Dahab, and Guillaume Nery’s underwater base jumping video of Dean’s Blue Hole were the major inspirations for “The Ascent”.

What are your favourite Gothic movies and books?
First and foremost, “The Fall of the House of Usher”by Edgar Allan Poe, the eroding house that reflects the crumbling family and sanity, and the horrible revelations, and the beautiful and foreboding landscapes and interiors.

My favourite Gothic movies are:

Nosferatu by Werner Herzog (This is for me the ultimate film version of Dracula)
Kairo or Pulse by Kiyoshi Kurosawa (Modern Japanese Gothic)
Caché or Hidden by Michael Haneke (Modern French film and a little Gothic)
Sleepy Hollow by Tim Burton (Gothic satire?)
Event Horizon by Paul W.S. Anderson (Horror is almost always better in space)

If you were the star of a Gothic TV show, what would your character be like? Would you be good or evil?
I’d want to be a romantic, dark and Byronic hero like Lord Ruthven in “The Vampyre”, running over the moors in black, 19th-century clothes and bad weather, maybe even in cold water or a dank Irish bog, or in long, dark corridors in an abandoned castle.

I’d prefer my character to be a little good and a little evil and mostly grey shades. And there has to be fainting, preferably the melodramatic, hand-to-forehead-and-gasping kind of fainting. That would be great.

Bio: Berit K. N. Ellingsen is a Norwegian literary and speculative fiction author. She is also a science journalist and has worked as a game, film and music reviewer. Her fiction has appeared in The Harrow and Jack Move Magazine, and will be seen in the forthcoming SF anthology Growing Dread: Biopunk Visions by Timid Pirate Publishing, as well as SPLIT Quarterly and OverclockZine. Berit admits to pine for the fjords when abroad. Her debut novel, The Empty City, inspired by the philosophy of non-duality, will be available in spring 2011 (http://emptycitynovel.com/). She blogs at http://www.ninja-wizard.blogspot.com/ and tweets at @the_empty_city).