Do you know the truth about Edgar Allan Poe? Or is what you know a fabrication, a myth? As with many other famous people, there are myths about the man, many times blurring legend and reality.

To understand why stories circulate, let’s talk about the truth. Born as Edgar Poe in Boston, Massachusetts, he and his sister traveled with Elizabeth, his actress mother, to Richmond where she performed. The mother died in Richmond on December 8, 1811 and, while the sister was taken by one family, Edgar became part of the Allan family. The head, John Allan, was a local tobacco merchant. The Allans never legally adopted Poe. He attended schools in England and Richmond then he took classes at the University of Virginia on February 14, 1826. Though Edgar passed his courses, Mr. Allan did not give him enough money for expenses. Mr. Allan did not approve of the debts Poe accumulated and refused to let him return to the University or give him any more money. After a quarrel, Poe left the Allan home.

Poe began his publishing career in 1827 with an anonymous collection of poems, Tamerlane and Other Poems. It was attributed only to “a Bostonian”. It’s a rare book today. A single copy of it sold for $200,000.

On May 26, 1827, Poe enlisted in the Army. But two years later, after his promotion to the rank of Sergeant Major, with Mr. Allan’s aid, he received a discharge from the Army. 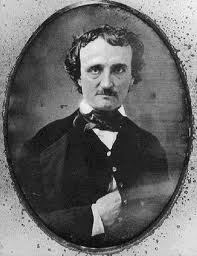 Then he was appointed to the U.S. Military Academy at West Point. Another book of poetry was published at that time. When Poe got dismissed from the Academy, he moved to live with his aunt in Baltimore. He married his young cousin, Virginia Clemm, not long after in Richmond on May 16, 1836. Poe went to work as the editor for the Southern Messenger in Richmond until January 1837.

His life after became lost in the annals of time. All that was known about him during that later time was the stories and poems he published, which included “The Raven”. Virginia grew ill and died on January 30, 1847. After her death, it is thought that he may have turned to drink. But toward the end, he started to make a name for himself. After he came back from lectures he’d done in Norfolk and Richmond, he was found in Baltimore in a pitiable condition. Unconscious, he was taken to a hospital and passed away on Sunday, October 7, 1849. He was buried in the yard of Westminster Presbyterian Church in Baltimore, Maryland.

Now for the myths. Thanks to Chris Semtner of the Poe Museum in Richmond, I learned some interesting ones. One is the story that Baltimore claims that Poe is theirs. But even Poe admitted to being a native son of Richmond, where he lived most of his life.

Another tale had him expelled from West Point for nudity, wearing only a belt and sword. There’s also the story about him deserting the Army, but that is not true. Back in those days, a man in the service could hire a substitute – something that Poe did. And no, he did not get kicked out of UVA, as I mentioned earlier; he couldn’t return due to lack of money and Mr. Allan not permitting him to. 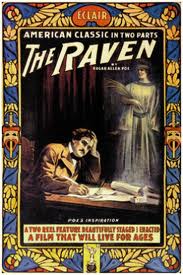 Being a fiction author, Poe was used to making up stories. What is fascinating about this is he concocted tales about his own life, too. Like how he lied about his own age and that some man named MacDonald was his grandfather.

Then there is that myth about his death. He did not die drunken in a gutter, as had been told, but in a hospital. There are many theories on why he perished – from a beating he received to rabies to carbon monoxide poisoning, naming three of sixteen. No one is sure, though, which one could be the true one.

Most of the myths about Poe’s life could be attributed mostly to his first biographer Rufus W. Griswold, who admitted to being an enemy of Poe. Poe’s mother-in-law, Maria Clemm, had asked him to compile an anthology of Poe’s work after the latter’s death. Griswold, the editor of such popular anthologies as The Poets and Poetry of America and The Prose Writers of America, seemed to be the most qualified person to compile a collection of Poe’s works. In fact, the versions of Poe’s stories that Griswold selected for the anthology are still the ones that appear in most Poe anthologies to this day. What Mrs. Clemm did not know was that Griswold had already published an obituary of Poe under the pseudonym “Ludwig”. This biography had coloured Poe a scoundrel. Under the guise of Poe’s authorized anthologist and biographer, Griswold let everyone know what he really thought of Poe. The biography contained many factual errors, exaggerations and outright lies. The man even forged some of Poe’s letters, painting Poe as a morally depraved madman whose tales of terror obviously came from his own experiences. Instead of damaging Poe’s reputation, it only increased sales of his works.

No matter what one thinks about Edgar Allan Poe, the man lived a fascinating life. He was the first writer to live off writing alone. He published the first modern detective story, way before the Sherlock Holmes tales. Pioneered in science fiction with stories he wrote, and mastered the psychological horror story that still scares us silly today. Poe’s critics complained about his “Gothic” tales, but Poe retorted, “Terror is not of Germany, but of the soul.” He believed that terror was a part of life and therefore a legitimate subject for literature like anything else.

Poe’s life became an urban legend in so many ways. And I really do believe that from somewhere beyond the grave, that pleases him.

Bio: Be prepared to take a journey into Pamela K. Kinney’s fantastic dreams of horror, science fiction and fantasy, plus the ghosts and legends of two nonfiction ghost books. Find her at http://FantasticDreams.50megs.com.