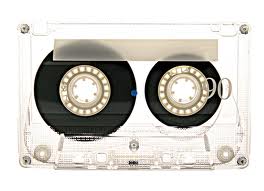 I suppose the title of this article should be “Making a Poe Playlist”, but in the interests of keeping it retro (because isn’t Poe all about the retro love?), I’ll go with mix tape. Now, I admit I am not a music reviewer. That would be our soundtrack columnist, Maria Mitchell. However, I have done my very best to come up with a collection of songs that capture the Poe spirit. Some of these songs are directly inspired by Poe’s stories, while others merely feel like Poe. Either way, crank up the volume and set your raving-a-cawing. The Poe music party is about to begin.

The Lake – Anthony and the Johnsons

Dollar for dollar, this is the Poe song. Using lyrics from a poem by Poe (“The Lake”, 1827), it’s a melancholic tune that will make even the stoniest heart bleed a little. There’s something terribly sad and poignant about it. The trick here is finding the song. I got it by buying a single in CD format, but if you visit the band’s Amazon store, you can purchase the track for a buck. It’s worth every penny. While there, you might want to browse some of their other tracks. 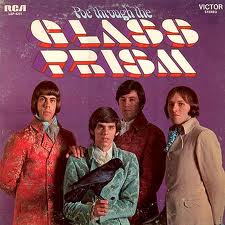 Who pioneered concept rock albums with a literary twist? That honour would go to Glass Prism, which released an album based on Edgar Allan Poe’s work through the RCA-Victor label in 1969. The most well-known track of the album is “The Raven”. Wondering what it sounds like? Psychedelic and trippy. The band disbanded after its second album, but that shouldn’t stop you from checking them out. A cursory search of Amazon reveals the album is only available as vinyl. However, most of the tracks, including “The Raven”, are on YouTube.

British band Alan Parsons Project released Tales of Mystery and Imagination in 1976, an album based on Poe’s writing. Tracks include “A Dream Within A Dream”, “The Raven” and “The Cask of Amontillado”. The band remixed the album in 1987. Both versions were released in 2007 as a deluxe edition, along with eight additional bonus tracks. I heartily recommend this to all Poe fans, both in its original and remixed form. Incidentally, this album once got me a date. Just saying.

Shadows of the Raven – Nox Arcana 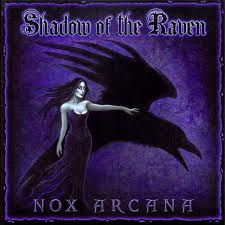 After releasing “Necronomicon” (inspired by H.P. Lovecraft) and “Transylvania” (inspired by Bram Stoker), Goth band Nox Arcana released Shadow of the Raven, an album dedicated to Edgar Allan Poe. Songs included “Lenore”, “The Tell-Tale Heart” and “Murders in the Rue Morgue”. If you’ve ever heard Nox Arcana before, you know what to expect: a concept album crammed chock-full with violins, piano, moodiness, and special sound effects.

Heavy metal band Iron Maiden released its second album, Killers, in 1981. One of the songs included was entitled “Murders in the Rue Morgue”. Based upon the story of the same name, it tells the story from the point of view of the murderer, explaining that “it took so long and I’m getting so tired/I’m running out of places to hide.” Considering the title of the album, the subject matter is appropriate. 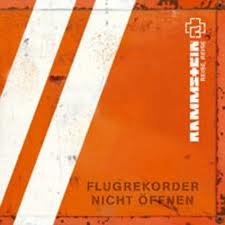 German band Rammstein’s sound is harsh, loud and a tad creepy, which makes it perfect for a song such as “Stein Um Stein” (Stone After Stone), from the album Reise Reise (2004). The song, told in first person, narrates how a person buries another person alive, a similar premise to the “The Casket of Amontillado”. “Stone by stone, I wall you in/Stone by stone/I will always be with you.” It doesn’t get much more disturbing that that.

The Pit and the Pendulum – Nightwish

Finnish symphonic metal band Nightwish, formed in 1996, has become known for its theatrical style and operatic songs. It released Dark Passion Play, its sixth album, in 2007. The album opens with the track “The Poet and the Pendulum”, a reference to Poe’s story “The Pit and the Pendulum”. This was the first album not featuring former vocalist Tarja Turunen, who left the group in 2005, and marked a change in style for the band.

I’m not a fan of Dave Matthews Band, but it seemed only fitting that I conclude this list with a nod to “Gravedigger”, the track on Matthews’ debut solo album Some Devil (2003). The album’s first single, “Gravedigger”, won a Grammy in 2004. The song collects the stories, birth and death dates, of people at a cemetery. “Gravedigger/When you dig my grave/Could you make it shallow/So that I can feel the rain?” We think Poe would approve.