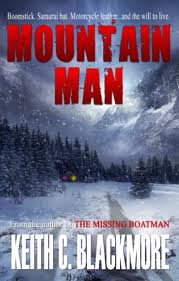 They’re so rich in dramatic potential. Flashy dressers. Rich interior lives. Usually ready with a quick story from two centuries back. So pensive and conflicted about their relations with humans. A proud race aware of its long history.

Really, about all you can do with zombies is burn ‘em, crush ‘em, and shoot ‘em. Flesh-eating cockroaches are more interesting, even though they don’t come with that certain frisson that comes from smashing in the skull of your first-grade teacher before she rips a piece of your thigh off.

Yes, I’m way out of step (shuffle? shamble?) with these zombie times. Sure, I liked Romero’s zombies the first two times out and I think 28 Days Later is a pretty good movie. At least it had a zombie ecology and explanation, but Abe Lincoln is going to have to hunt zombies at the movies without me.

So, why did I even read this book?

Because, just like any other reader, I can be sucked in by a title and a cover blurb: “Boomstick. Samurai bat. Motorcycle leather…and the will to live.” I hoped for some combination of Charlton Heston from The Omega Man crossed with Jeremiah Johnson with a bit of Mel Gibson’s Mad Max thrown in.

And that’s kind of what I got.

In the hills above Annapolis, Nova Scotia – somewhere around the year 2028 – Gus starts his day donning leather pants, elbow and knee pads, neck brace, leather jacket, and motorcycle helmet, grabs a baseball bat and shotgun, and drives the “beast” (his van) into town to glean food, supplies, and the all-important toilet paper. And, of course, liquor – scarcely looted in this post-zombie apocalypse world. In fact, Gus usually has a talk with Uncle Jack and Captain Morgan after returning from his supply runs which, of course, involve a fair amount of shooting and busting up zombies.

Gus is a pretty believable hero. He’s not stupid. He knows he can’t live forever off scavenging, but he doesn’t really have any idea how to go about growing food. His hideout on the outskirts of Annapolis is large, and has an extensive video library and solar cells, but he really has no idea how the system works or how he’ll fix it if it breaks down.

He does know that it’s only a matter of time before the zombie hordes in the town below find their way up to the house. But he’s only one man, so he can’t do much in the way of adding the defenses – inspired by books he’s found on medieval warfare – he wants.

Gus kind of likes his solitude of two years. People – not that he meets that many survivors – only complicate things. Then he meets Scott, a survivor from an encounter with a traveling psychopath (a serial torture-killer named ‘Tenner’).

Scott changes Gus’ modus operandi in dealing with the zombies. Blackmore gives their time together a lot of realistic banter and humour. A horrifying ordeal with the zombies changes Gus and, incidentally, saves the reader from what, at that point, starts to be the tedium of zombie slaughter.

Blackmore ends the book on a satisfyingly violent climax, a confrontation not at all expected. That plot surprise is partly because this is the first book in the series. A major subplot is left unresolved. We not only don’t get an explanation of the zombie plague, but Blackmore also introduces a puzzling wrinkle on it.

I liked Gus and Scott, their thoughts and talks and times together and that, not zombies with their bad teeth and flapping scalps, is why I liked this book and look forward to continuing the story.

You can buy Mountain Man from Amazon.com.