Ah, sword and sorcery. You with your half-naked ladies and men showing off their pectorals. Cheesecake and beefcake have been a 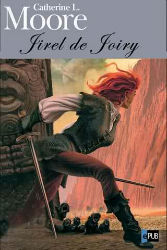 constant part of sword and sorcery for the past few decades, but how exactly did we end up with all those oiled-up bodies in film and on book covers?

The blame goes to Weird Tales and Margaret Brundage. Brundage was a very popular cover artist for the magazine, frequently painting scantily clad females. Not everyone liked her titillating imagery (Clark Ashton Smith was highly critical of it) but no matter. She produced many, many illustrations for the magazine.

Brundage, however, did not appear in a vacuum. Before joining Weird Tales, she had worked for another pulp publication, Oriental Stories. Surprise! It had a lot of Orientalism going on. The Orientalism craze sprang up roughly around the 19th century when people began depicting ‘exotic’ pictures of Middle Eastern and East Asian cultures. Inspired by works like One Thousand and One Nights, artists depicted harems, Turkish baths and odalisques. Such imagery often strayed from reality, but it did provide an excellent chance to enjoy a few naked babes.

Margaret’s women are firmly inspired by these Orientalist images. Most of the time, the ladies on the covers do not resemble the ones in the stories. For example, “Black God’s Kiss,” a Jirel of Joiry tale, features a lady who doesn’t look a lick like the Jirel of the stories. Compare the woman on this cover with this description of Jirel:

She was tall as most men and as savage as the wildest of them, and the fall of Joiry was bitter enough to break her heart as she stood snarling curses up at her tall conqueror. The face above her mail might not have been fair in a woman’s head-dress, but in the steel setting of her armor it had a biting, sword-edge beauty as keen as the flash of blades. The red hair was short upon her high defiant head, and the yellow blaze of her eyes held fury as a crucible holds fire.

Yes, Jirel is wearing armor! Not a nightgown or a bikini. Furthermore, she not slinking around any god.

No matter. The Weird Tales covers with the almost-nude ladies lasted until the 1940s, when new decency standards meant other stuff 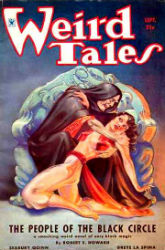 had to be used for covers. Sword and sorcery was not what it used to be, anyway. Fritz Leiber was writing about two swordsmen, Fafhrd and Grey Mouser, but the death of Robert E. Howard had robbed the sub-genre of much energy.

Then came the 60s, Conan was republished and repackaged for a new audience…and the cheesecake and beefcake buffet got in full swing. Things had changed since the days when Weird Tales had first published the tales and what was needed now was…well, to bring the sexy back. To sell these old pulp stories in some way and what better way than with some sex? These were the days of miniskirts, of Ursula Andress and Raquel Welch. No surprise, then, that artists like Boris Vallejo began giving us idealized, almost naked or sometimes fully naked, babes and barbarians.

Eventually came the Conan movies and, with them, a succession of low-budget imitators. Some, like Deathstalker, simply decided that the best way to sell a flick was to strip all the actresses and parade them, topless, in a hilarious attempt to distract from the deficiencies 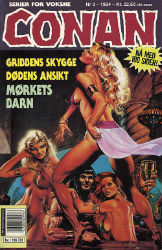 If I could visually represent sword and sorcery from this time period I think it would go something like this.

Where do we sit, nowadays? Well, sword and sorcery covers with lots of cheesecake and beefcake seem quaint. Newer releases in this sub-genre tend to go for other approaches, except when they are franchises like Conan.

Do I like chain mail bikinis? I don’t, although my issue with them is mostly not the existence of cheesecake: It’s the disproportionate prevalence found in certain books and items. Also, the fact that, if you lay down a bunch of sword and sorcery cheesecake covers, you seem to find the exact same body types and type of women. Variation in art is a good thing. It is also rather insulting when there is no need for cheesecake or beefcake, but the publisher or movie producer feels the need to toss us a gratuitous boob or a pec because we are sooo dumb.

Compare these two Runequest covers below. One features your standard barbarian outfit. The other seems to have a Roman-inspired one. Which one do I like better? Why, the Roman one. It’s more original. The Roman outfit is actually from the first edition. 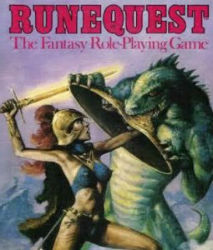 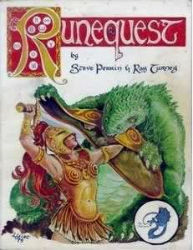 The sword and sorcery booms of the 60s and 70s created a recognizable artwork type for the genre. Just as the ‘clinch,’ the romantic embrace that appeared on romance novels of the 80s, served to identify a product, the chain mail babes telegraphed a sub-genre. Times, however, have changed. Just as the clinch became a bit passé (along with shoulder pads), the cheesecake and beefcake have grown a bit musty. It’s a good thing, too. The old covers and outfits narrowed the visual identity of the genre, but we can now search for new looks, outfits and poses for our fighters.

Books are one thing. Comic books, however, seem to be stuck in the same mindset of the 60s and 70s (Red Sonja started getting more clothes a few years ago, but I’m not sure how that went).

If you are interested in seeing diverse representations of women in armor, check out this Tumblr blog.

*I had originally been overwhelmed by the Red and called Dark Agnes “Red Agnes.” But no.