[dropcap]E[/dropcap]lizabeth Gaskell is not an author normally associated with the horror genre. If Gaskell’s work is discussed at all beyond university English departments, where she’s considered a 19th century social realist, it’s likely as the creator of Cranford, the sort of period piece the BBC makes TV events out of, and which keeps out-of-work bonnets and four-in-hand neckties from starving. But, as a short story writer, Gaskell made forays into the Gothic and the ghost story. Those collected in “Lois the Witch and Other Stories” are well worth seeking out.

Gaskell’s attention to the supernatural, when coupled with her penchant for social critique, makes for unsettling reading and serves as an antecedent to the pulp novels of apprehension, like those of Patricia Highsmith, Dorothy Hughes and Shirley Jackson. If there’s logic to the collected stories, it’s that, when set side by side, the four proceed from explorations of supernatural evil down to depictions of simple human evil.

“The Poor Clare” and “The Doom of the Griffiths” both deal with curses laid upon families. In both cases, these curses set in motion conflict between generations. In “The Poor Clare,” an old woman inadvertently curses her own granddaughter. In “The Doom of the Griffiths,” a father and son are set against each other, and the curse gives an element of fatalism to their struggle. 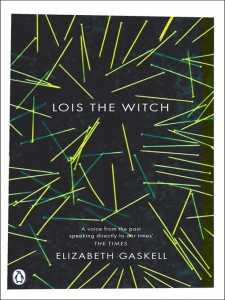 “Lois the Witch” and “The Crooked Branch” shift away from the supernatural and focus on human evil. In the case of “Lois,” we’re treated to a historical story set in Salem, Massachusetts during the witch trials. Lois is your typical Victorian heroine set alone against an uncaring world. What leads to her doom is no fault of her own – Gaskell goes to great lengths to depict Lois’s innate goodness – but instead the result of jealousy, gossip, xenophobia, and superstition. It’s a novella that doesn’t let up in its cruelties against its main character. “The Crooked Branch” is possibly the strangest story in the collection, not for any reason of subject matter but for its tone. At heart, it’s a moral story showing how even good families may bear bad fruit, but it reads somewhat as an anomaly when set beside the others, something like a proto-typical True Crime story.

Gaskell’s sympathies were likely the result of her Unitarian religion, her social work among mill workers, and the everyday vicissitudes of Victorian life with its high rates of infant mortality. Hers is a social consciousness that does not have much faith in divine justice, where often the innocent suffer, simply because of circumstance, and misfortune occurs to good people for no reason.

Gaskell’s work is available for free online at Project Gutenberg and these four stories make a good place to start. A word of warning, though – these stories are ripe with the Victorian style: dense prose exhorting the character’s morals or lack thereof from the perspective of an omniscient narrator, an overwhelming attention to landscape, and a supremely frustrating roundabout style that believes the one most suited to tell a story is the one least involved with it. It can make for daunting reading, and certainly won’t be to all tastes. But, for those who catch on to it and don’t mind its circuitousness, there are rewards to be found. And by rewards, I mean stark examinations of the horror that exists beneath the everyday. Fun stuff. Check it out.